The World Stopped. Torture Did Not!

The Zimbabwe Human Rights Association (ZimRights) joins the world, and the local human rights community in commemorating the International Day in Support of Victims of Torture under the theme ‘The World Stopped! Torture Didn’t!’

Source: The World Stopped. Torture Did Not! – The Zimbabwean 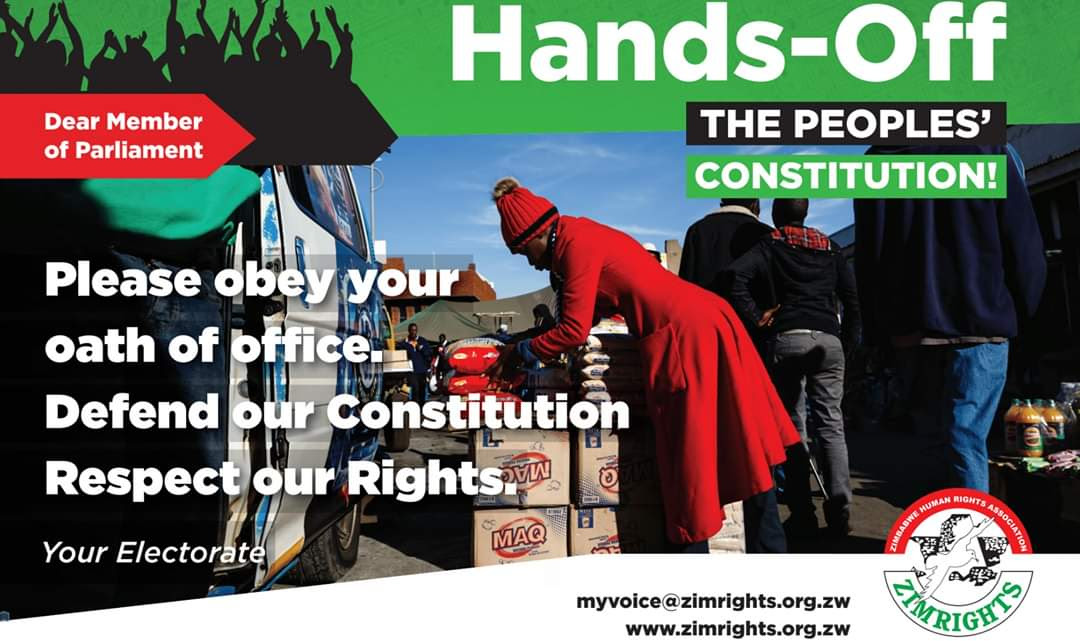 On 26 June each year, the world marks the International Day in Support of Victims of Torture. This year 2020, this date is historical as it marks 33 years since the United Nations Convention Against Torture came into force in 1987. Only later in 1997 was the day marked for commemoration by the United Nations General Assembly. In the words of the late Former United Nations Secretary-General Kofi Annan, in the first year the day was commemorated, ‘This is a day on which we pay our respects to those who have endured the unimaginable. This is an occasion for the world to speak up against the unspeakable. It is long overdue that a day be dedicated to remembering and supporting the many victims and survivors of torture around the world.’

For Zimbabwe, the occasion for this year’s commemoration comes at a time when the experiences of victims of torture are fresh. State apparatus have intensified the use of torture under the cover of COVID 19. During the COVID 19 lock-down, ZimRights has documented several cases of torture perpetrated mainly by the police or with the blessings of the police. Despite calls for justice and accountability, the state in Zimbabwe has gone on to blame victims for their ordeal, subjecting them to further suffering by sending them to detention centres. Detention centres in Zimbabwe are already overcrowded, where inmates find themselves at risk of contracting COVID 19.

On the International Day in Support of Victims of Torture, the United Nations Anti-Torture mechanisms unanimously warn that the COVID-19 pandemic is leading to an escalation of torture and ill-treatment worldwide, and torture survivors are especially in danger of getting infected by the lethal virus due to their vulnerable situation. As of mid-June 2020, more than 78,000 prisoners have contracted COVID-19 in 79 countries, and at least 1,100 have died of this new virus throughout prisons in 35 countries. Information from Zimbabwe’s detention centres is not readily available. However, the risk is very high as thousands of people have been detained for various trivial offences during the lockdown period.

In our policy brief, Their Voices Matter: Policy Considerations on Covid 19 Measures, we have stated as follows:

“Arrest and detention must only be a measure of last resort. It should be government policy to use summons and written notices to appear as the primary methods of bringing accused persons to court. Continuing with arrests and detentions when there is a highly infectious pandemic increases exposure and potential of further spread.”

Contrary to this recommendation, our justice system has continued to send people into detention centres in circumstances that are otherwise unjustifiable and unwarranted by ethical reason and sound judgment. Most shocking to all people of conscience, has been the detention of torture survivors Joanna Mamombe, Cecilia Chimbiri and Netsai Marova

Our Constitution guarantees freedom from torture or cruel, inhuman or degrading treatment as provided in section 53. This right is absolute because our society acknowledges that there is no excuse whatsoever for torture. As the world stops in the face of COVID 19, this year’s International Day in Support of Victims of Torture ought to call for deeper soul searching and outrage at the continued use of torture in Zimbabwe as well as anywhere else in the world.

ZimRights stands in solidarity with victims of torture in Zimbabwe and around the world and call on the following on the government of Zimbabwe: