The year Zimbabweans want to forget 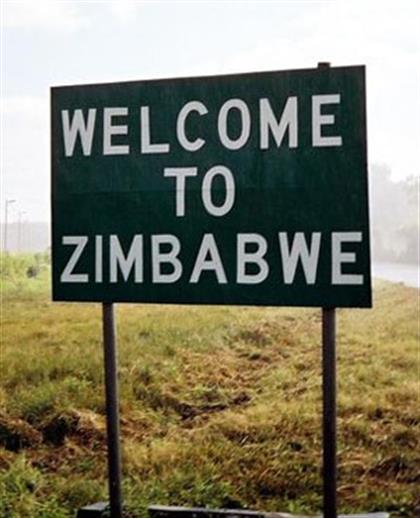 From a clampdown on protestors over a massive fuel price hike, to rolling 18 hour power cuts, Zimbabwe’s government – led by President Emmerson Mnangagwa – had its work cut out in 2019.

Fin24 takes a look at the game-changing events that characterised Zimbabwe’s economy in the past year.

On 12 January, President Mnangagwa announced a sharp increase in fuel prices, a measure he said was meant to improve supplies as the country struggled with its worst petrol shortages in a decade.

Petrol prices were increased by some 150% overnight to among the world’s highest at US$3.31 from US$1.24 a litre and diesel prices to US$3.11 from US$1.36 a litre. The price hike saw Zimbabweans taking to the streets, in violent protests, destroying property worth millions of dollars.

The government’s response was brutal, with eight people reportedly killed after army deployment. Fuel has since gone up several times and by year end, was retailing at Z$17.44 per litre of petrol and Z$17.90 per litre of diesel.

The fuel price hike was followed by a currency float in mid-February. The Zimbabwean government was, at last, abandoning its three-year local currency peg to the US dollar. The move effectively devalued the quasi-bond note currency from a 1:1 parity to the US dollar to 1:16.65 as at 19 December.

The impact has, however, been devastating, with Zimbabwe returning to hyperinflation, and annual inflation doubling to reach 176% in June. Finance Minister Ncube suspended the publication of annual inflation figures, which independent bodies, using statistics supplied by Zimstat, put at 481% in November.

An even bigger economic knock was to come in June after Ncube outlawed the use of foreign currency for all local transactions. This move meant shares and investments made in US dollars would now be traded in local currency only. This was a staggering blow to the market capitalisation of the Zimbabwe Stock Exchange, which saw its lowest value since 2009 after losing US$2bn in value in under two months after the foreign currency ban.

Pensioners are also facing value erosion: total assets for pension funds, which were valued at approximately US$10bn in December 2018, are now valued at approximately US$ 622m at the going exchange rate. While properties held by pension funds can be revalued to reflect closer to their former values, shares, where they have invested 40% of their funds, might take longer, if ever, to reflect their intrinsic values.

The currency float was also not enough to solve foreign currency availability challenges, with more than US$1.2bn belonging to foreign suppliers and shareholders still locked in Zimbabwe. This is in addition to multilateral debt close to US$10bn. The southern African country has struggled to pay for supplies ranging from food, medical drugs, electricity, raw materials and fuel among others.

Failure to get adequate power supplies from Eskom has also compounded an already dire situation as the Zimbabwe’s main source of power can only generate a small fraction of its installed capacity.

Dwindling water levels at Kariba Dam has meant less than 200MW is being generated from an installed capacity of 1050MW. The coal powered plants at Hwange constantly break down resulting in rolling power cuts of more than 18 hours in some instances.

This has a huge bearing on industry and has reflected in reduced production at farms, factories and mines.

And then there was drought

Zimbabwe also experienced a devastating drought that left some 7.7 million people facing severe hunger as the southern African country battled one of its worst food shortages in years.

The Zimbabwe government was recently forced to relax conditions of importation of grain in order to ensure the continued availability of essential foodstuffs.

This term came into prominence with employees across the economy claiming incapacitation to come to work. They claimed their incomes had seriously been eroded by inflation and currency depreciation which made it “next to impossible” for them to attend work.

Close to 500 doctors were fired for their failure to attend work for over 90 days following their claim of incapacitation.

Having declared his intention to fight corruption, Mnagagwa ovehauled the Zimbabwe Anti Corruption Commission (ZACC) and put Judge Loice Matanda Moyo at the helm. ZACC has, however, been accused by critics of being partisian and only arresting those who would have fallen out of favour with the ruling elite.

Former Tourism minister Prisca Mupfumira became the first senior government official to be arrested for criminal abuse of office involving US$95m. She is out on bail and in December claimed she was not mentally fit to stand trial. A psychiatrist, according to her lawyer, recommended that she be given three months to recover.

The minister of state for presidential affairs responsible for monitoring and implementation of government programmes, Dr Joram Gumbo, was also arrested in November. Gumbo was accused of criminal abuse of office involving US$37m. In character with most high profile cases, Gumbo was released pending further investigations.

The latest corruption-related arrest is that of Zimbabwean Vice President Constantino Chiwenga’s estranged wife, Mary Mubaiwa, accused of externalising US$1m and laundering another US$990 000.

She is also accused of attempting to kill her husband when she accompanied him to South Africa to seek medical treatment by delaying his admission into a medical facility for more than 24 hours and subsequently attempting to disconnect his life support machine.