So soon we’ll find out who is the real revolutionaries. 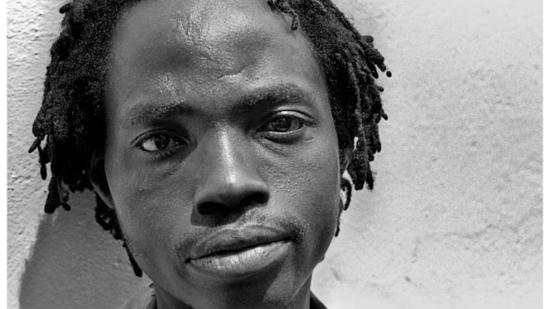 In 1978 Robert Mugabe was heckled by writer and iconoclast Dambudzo Marechera when he came to London to address a group of young black Zimbabwean exiles at the Africa Centre. The drive for independence was intensifying. But Marechera could see through the deceptive characters that were at the brink of leading Zimbabwe. Most of them were his contemporaries and former classmates. Marechera’s no holds barred book, Mindblast, published in 1984 provides a searing review of the early years of Mugabe’s presidency. He writes:

…it seems to me for all the ideals our independence is supposed to represent, it’s still the same old ox-wagon of the rich getting richer and the poor getting poorer. There’s even an attempt to make poverty a holy and acceptable condition. You say you’re hungry, and the shef peers over his three chins down at you and says Comrade, you’re the backbone of the revolution as if your life’s ambition is to be thin and lean as a mosquito’s backbone. And you try to say ‘Shef, I don’t want to be the backbone, I want to be the big belly of the struggle aginst neo-colonialism like the one you got there underneath that Castro beard.’ And before you even finish what you are saying he’s got the CIO and the police and you are being marched at gunpoint to the interrogation barracks. I’m not saying there’s such a thing as an absence of free speech. Rather there’s an excess of it to feed the numerous ears that have been unleashed ‘for security reasons.’

Mugabe who was known for being a vindictive character by political opponents probably never forgave Marechera for the embarrassment. After Marechera returned to independent Zimbabwe, he was harassed and persecuted by state security for his refusal to join the system, or his public rebukes directed towards the status quo. Marechera made it uncomfortable for politicians to be in the same room with him. He would call them out.

As a result, Marechera was effectively banished from public gatherings. The government’s solution was to periodically throw him in prison to keep him away from the media or his network of international friends who often visited him. These episodes contributed to the elevation of his reputation as a fearless critic of the establishment who spoke truth to power.

The cracks in Zimbabwe were always there, only the heat of time deepened them. After the landslide victory of Mugabe’s party in the 1980 elections, the sense of euphoria, which followed, was short-lived.

Bob Marley who was invited to play at the independence gala composed a song titled, Zimbabwe. Throughout the song Marley repeatedly warns the leadership:

Mugabe’s big man politics were entrenched in the early years. He annexed all political power to himself and mastered absolute authority by creating a one party state in 1987 to give shape to his dreams of total conquest and to hold under his sway the country, which he insensibly considered his private property. He spoke of Zimbabwe as “my country, my Zimbabwe.”

In the new Zimbabwe, students and young radicals quickly heralded Marechera as the voice of their generation. Marechera was sublimely scathing of the slogans that surrounded the euphoria of independence. He was deeply suspicious of the black leadership led by Mugabe. Current political leaders such as Tendai Biti, Douglas Mwonzora and others who have become prominent figures in the opposition ranks embraced Marechera’s gospel. His uncompromising fight for justice and equality for the common man directly and indirectly influences a lot of the forces that merge to form the Movement of Democratic Change opposition party in 1999.

Tragic circumstances, however, brought Marechera and Mugabe together a few months before he died. This was a photo moment Mugabe would not let pass though Marechera was right to have been cynical. Marechera’s sister, Tsitsi, a 24-year old who had been a freedom fighter in the chimurenga war, was killed instantly by a booby-trapped television set which exploded in her Harare townhouse in May 1987. She was married to an ANC comrade, Vusumuzi Masondo (aka ‘Mhlophe Chiliza’).  Evidence later presented at the South African Truth and Reconciliation Commission suggested this was a joint SADF Special Forces and Military Intelligence operation initiated by the apartheid government. Marechera’s brother-in-law was not at home at the time though his two nieces, aged one and five, were in the house but survived the blast

Though Marechera, died young of an AIDS-related pulmonary disorder at 35 in 1987, he never stopped tormenting Mugabe to the end as young Zimbabweans who lived in the “House of Hunger” he presided never stopped reminding him of his failures to fulfill the promises of liberation.