There is a big rot in the village 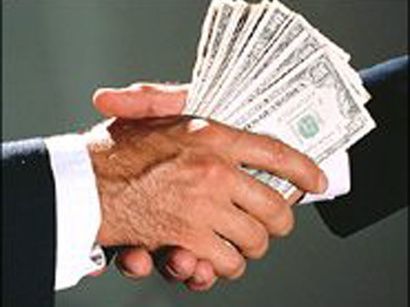 Corruption watch WITH TAWANDA MAJONI
If you think that corruption is the monopoly of town crooks like Queen Bee and sorts, go back to school. There is low-life corruption, and village rot too.Things are pretty disturbing here. Right from President Emmerson Mnangagwa to governance scholars, civil society and policy- as well as lawmakers, people talk as though corruption is only an urban phenomenon.

But if you were watching this space all along, you will remember that, not long ago, there were some mumblings about how Zanu PF was fleecing villagers ahead of the recent Independence anniversary, when people were being forced to pay money as a way of demonstrating their patriotism. There is no prize for guessing. Since the money didn’t go towards the Independence celebrations, it, predictably, went somewhere. And that somewhere can only be the collectors’ pockets.

That’s Zanu PF for you. Its members know exactly where they must stand or crouch when money matters start throwing a scent. But then, that’s not to imply the opposition are saints. We all know what MDC councillors did, not too long ago, grabbing widows’ houses and building whole settlements on undesignated land.

Back to the village. Traditional leaders — whatever that means — and local authority official are the rural version of Queen Bee. They are doing all sorts of things and, largely, getting away with murder. Take the case of land, particularly in peri-urban and rural areas close to the cities and towns. You have, of course, heard how the village heads and chiefs are parcelling land out to mostly urban home seekers. Not only are they doing it illegally, but they are being immoral, simultaneously.

Generally, rural land is customarily owned. It’s a good that belongs to the community and traditional leaders are only its custodians.
It mustn’t be sold. But lots of it has been sold over the decades. And, you guessed right, nothing is being done to the criminal culprits. Not that those who must act don’t know about this huge scandal. It’s that they are either involved, or are just looking away and focusing on what they think is big game.

The narrative is very sad. Take the case of this old man from Seke. He says he woke up one morning and saw a perimeter wall up round part of his land. That part is where he did bits of gardening for subsistence and crop production. A big guy who, ironically, works in the humanitarian field in the same district, had grabbed the piece of land and, as we speak, has already completed a nice house on it. The old man also says when he queried this, he was told that this humanitarian guy had been sold the land by the Manyame Rural District Council.

As a pensioner who worked in town at one time, he is a bit jagged up, so he took his matter to the police, which then took it to court, but the court declined to prosecute and sent the matter to the chief who is yet to deliberate on the matter. But the old man is vowing that, whatever the chief’s decision, he is going to till the land on the humanitarian guy’s new plot. If it happens like that, of course, there will be more complications because the hapless villager will be a frequent visitor at the police station and the courts. Already, he has been slapped with a peace order.

Clearly, this is violation of the villager’s constitutional and basic rights. He still holds the claim to his land and to use it as he likes but won’t be doing so freely because the council grabbed the land and illegally sold it to the humanitarian guy. And the headman, probably because he has been bribed, is looking away. That means the old villager is vulnerable and disempowered. He has no-one to turn to for recourse. And that is pretty the same with a lot of other villagers who seem to have resigned themselves to this festering problem.

By the way, the land grabs have already robbed the villagers of pastures and farmland. The villagers are being denied access to basic sources of livelihood because they have had to steeply reduce the number of livestock and agricultural production. That means more chances for hunger and big losses in household income. They can’t do anything because the headmen and chiefs are behind this. The police won’t act because they are getting free pieces of land on which to build houses and run small-scale projects. The councillors are part of the scam too and the local MPs are still celebrating their electoral victories somewhere away from their constituencies.

The helplessness of the villagers goes beyond this. Over the years, because of recurrent droughts, they have had to rely on food handouts from government, the humanitarian community and other well-wishers. But where government food aid is concerned, the villagers have always cried foul. Because they are being forced to pay money to register for food aid, which is supposed to be free. Since most of them are struggling to make ends meet, they can’t raise the registration fee. That means those that can are the only ones that stand a chance to receive food handouts. But, more often than not, the food aid goes to the local leadership’s cronies, relatives and girlfriends. Again, there is no prize for guessing where the money raised as registration fees goes to.

There is a long list of these rural excesses, but the point is, something must be done, and done yesterday. Government, policymakers and other stakeholders must move away from this tendency to think that they must be concerned only with urban corruption. If they remain in that mode, they will miss the bigger picture and whatever frameworks they might design to fight graft are unlikely to succeed.

Tawanda Majoni is the national coordinator at Information for Development Trust (IDT) and can be contacted on tmajoni@idt.org.zw