There is no peace in Zimbabwe, but an intense crisis of paralyzing fear of a ruthless uncaring regime

It never ceases to thoroughly perplex me, if not downright shocking, whenever those in the Zimbabwe ruling elite engage in their usual self-congratulatory delusions of how they have managed to maintain peace throughout the country – particularly, with the aid of the country’s security forces – as nothing can be further from the truth.

Source: There is no peace in Zimbabwe, but an intense crisis of paralyzing fear of a ruthless uncaring regime – The Zimbabwean 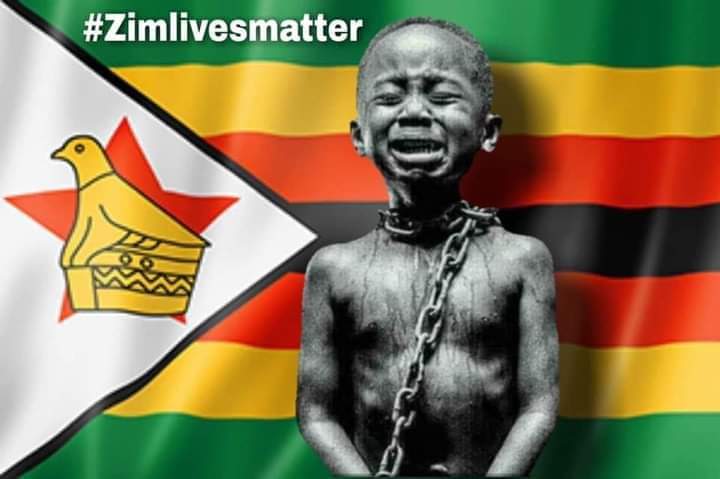 Such a distasteful claim can only be made by someone who is either a chronic liar, or suffering from serious schizophrenic detachment from reality.

The prevailing situation in Zimbabwe can only be best described by one of the most emotionally charged and touching music videos to ever grace the country’s television screens – ‘Tozesa Baba’ by internationally acclaimed icon, legend and hero, Oliver Mtukudzi.

Whenever I think of what is taking place in our great motherland, my mind immediately has visions of that video.

Who can forget the wife, profusely trembling and sweating with indescribable fear, like a reed in a fast flowing stream, the moment she hears her returning husband’s footsteps – as he enters the house in a drunken stupor, holding a bottle of beer in one hand, and if I am not mistaken, an axe in the other?

Meanwhile, their equally terrified young son, would immediately hide underneath the kitchen table – from his own father – in apparent crippling dread of the unpredictable rage and brutality that he and his mother could soon face at the hands of the man who should be their pillar of protection, provision, joy, and strength, yet has become nothing more than a monster, and their worst nightmare.

As expected, the ‘man of the house’ appears to bark out some threats, as the son shrinks even further under the table, which can hardly fit two small boys – as his father forcefully grabs his mother’s hand, and drags her into the bedroom…with the obvious connotations of marital rape.

Indeed, as far as the distorted and disturbed Zimbabwe elitist opportunistic ruling clique would be concerned, there was peace and tranquility in that house – considering that there were no incidents in that music video clip of any typical physical violence – as no one was battered to a pulp, the man did not smash his beer bottle on his wife’s head, and no chairs and tables sent flying in all directions.

“What peace, whose peace? What justice, whose justice?”, another popular Zimbabwean dub poet Albert Nyathi once chanted, in his renowned 1994  tribute to slain South African anti-apartheid activist Chris Hani.

Could anyone seriously claim that there was peace in that Mtukudzi music video home? As much as there was no physical war, but the wife was certainly not at peace, neither was their son (who had to hide from his own father under a kitchen table).

As Baruch Spinoza once aptly put it, “Peace is not an absence of war, it is a virtue, a state of mind, a disposition for benevolence, confidence, justice”.

Then, popular genius Albert Einstein, rounded it off by saying, “Peace is not merely the absence of war, but the presence of justice, of law, of order —in short, of government”.

I further ask, “Was there justice for the wife and her son in that household, even though that particular clip never showed any graphic acts of physical violence?” – taking into consideration that Mtukudzi actually penned that piece as an anti-domestic violence awareness song, thus the title, “Tozesa Baba”, which means, “We fear our father (or husband).

I go on to ask, “Was there no crisis in that household?”

Therefore, as much as the disingenuous and clearly devious Harare administration may attempt to deceive the world – and, in the process, itself – into believing that there is no crisis in Zimbabwe, since there are no dead bodies, of people shot by security forces, scattered all over the country, the status quo is most certainly nowhere near peaceful.

Considering that the nation is living in constant fear, largely due to the worrying increase in reports of state sponsored repression, brutality, abductions, torture, sexual abuse, and arbitrary arrests of ordinary citizens, journalists, lawyers, as well as human rights, labour and opposition activist…going as far as unbridled insults, tribalistic slants, and veiled threats targeted at clergymen.

As the saying goes, “The past always defines the future” – the cold-blooded gunning down by security forces of scores of unarmed and defenceless protesting civilians in August 2018, and January 2019, is still vivid in the minds of Zimbabweans – further evoked by the ceaseless vitriolic, obscene, and shameless threats regularly spewed by the regime, compounded by the constant eerie omnipresence of armed military officers, ostensibly to enforce COVID-19 lockdowns and curfew, but have been accused of wantonly trampling on citizens’ rights.

Can anyone say there is peace in Zimbabwe, when the ‘father’ gorges himself with the fineries and opulence of life, whilst the ‘wife and children’ have nothing to eat, go to bed hungry, have nothing to wear, and the children not going to school?

Let us never forget that there a several aspects of abuse – including, physical, emotional, economic, and sexual – at least one of which every Zimbabwean has tragically experienced, as a norm rather than an exception.

Therefore, as much as there may not be bloodshed and corpses strewn on the streets of Zimbabwe, there is definitely no peace in the country – as the dark cloud of crude corruption, cold-hearted hatred, vile vindictiveness threateningly hanging over every citizen’s head is morbid enough.

Indeed, there is a huge crisis in Zimbabwe, and definitely #ZimbabweanLivesMatter