There is no reason why we keep starving Zimbabwe

Source: There is no reason why we keep starving – NewsDay Zimbabwe August 8, 2019 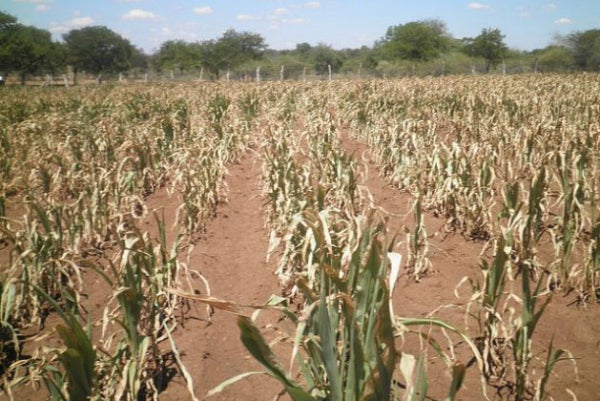 IT is heartening at this critical point in time that we have some very close friends out there who keep remembering us and have pledged to find us the US$500 million in food aid we need to help some more than 5,5 million of our citizens avert starvation.

While the World Food Programme (WFP), the United Nations (UN) and their partners this week committed to helping avert hunger in the country following an El Nino-induced drought, the country should pay heed to wise counsel coming from our all-weather friends who have asked the once breadbasket of the region to get
its act together in terms of food security.

Speaking at the launch of the revised food aid appeal, WFP executive director David Beasley said: “Can Zimbabwe have a leadership which can take the country
forward? We are ready to assist you.”

Some of us feel sad that 39 years after independence — and as we prepare to honour thousands of our fallen heroes next week who sacrificed their lives so that
the indigenous people regain control of their land, the country is failing each year to feed itself.

It is embarrassing, in fact, that nearly 20 years after land was forcefully taken away from the minority white settlers, we have not been able to utilise it to
feed ourselves.

Our gallant brothers and sisters, who shed their blood for this land, must be turning in their graves because we have, indeed, let them down. This is
definitely not what they had hoped for; that we should be going about with begging bowls for food alms.

It is quiet disconcerting for some of us to keep accepting these food donations when some among us waste, not only the nation’s resources, but opportunities
for the country to stand up and be counted among the prosperous.

Zimbabwe is eagerly waiting for the US$500 million worth of food aid when it cannot account for a single cent of the US$3,2 billion that it poured into command
agriculture in 2017 and 2018. If this is not gut-wrenching, then what else would be.

WFP, the UN and their partners have been telling us countless times that because of the increasing global crises in the wake of man-made and natural disasters
such as climate change, the donor community was progressively getting tired of assisting basket cases like Zimbabwe. As a nation, we have not even bothered to
pay heed to this.

It is high time our leaders seriously consider reviving the country’s agricultural sector because it is now more than embarrassing for us to keep moving about
with a begging bowl for food.

Despite recurring droughts, the country has many water bodies that are lying idle on farms that have been hoarded by some of us. There is no reason why
Zimbabwe should be starving.