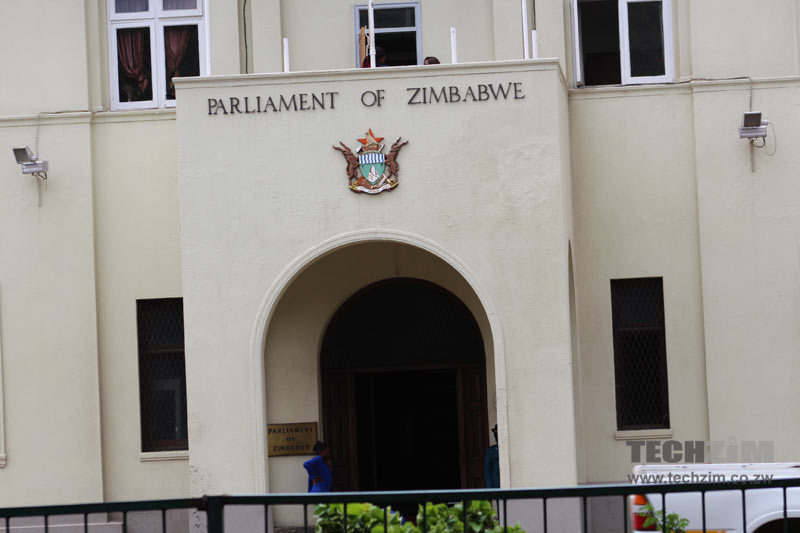 Special Joint Sitting for Opening of New Session and

This bulletin deals with the National Assembly’s sittings on Wednesday 14th and Thursday 15th October – and with what is due to happen next week.  We start with the Speaker’s announcement that the Parliamentary Third Session will begin on Thursday 22nd October.

On Thursday 15th October the Speaker, citing section 140(1) and (4) of the Constitution, informed the House that President Mnangagwa will address a virtual joint sitting of the Senate and the National Assembly on Thursday, 22 October, 2020 at 12 o’clock noon to mark the official opening of the Third Session of the Ninth Parliament and deliver the State of the Nation Address.

No Bills dealt with on 14th and 15th October

There was no further progress on any of the Bills awaiting the House’s attention.

Answers to questions came from Ministers who were present in the National Assembly.

The Minister of Agriculture explained the Government’s Agriculture and Food Systems Transformation Strategy which would, he said, ensure that in the coming agricultural season a firm foundation would be laid for a food-secure Zimbabwe.  He also informed the House that Agribank would be remodelled into a Land Bank which would not require title deeds to access a loan, but would consider business plans.

The Minister for Primary and Secondary Education explained that his Ministry together with the Ministry of Public Service was doing its best to solve problems over teachers salaries and children’s return to schools.

The Minister of Environment answered questions on building on wetlands saying that part of the problem was that local councils continued to allocate stands on designated wetlands.

The full allotted hour was spent on Questions without Notice and then the House sat until 6.49 pm and dealt with the following business

The Minister of Industry and Commerce, Hon Kanhutu-Nzenza, delivered a Ministerial Statement in response to questions raised by the Portfolio Committee on issues faced by small sugar cane farmers in the Lowveld, in an environment where a multi-national competitor controls the sugar-mill they are legally [under the Sugar Production Control Act] obliged to use.  MPs requested clarification on points they considered had not been dealt with satisfactorily in the statement.  The Minister said that she had that very week sought Cabinet approval for the drafting of a Bill to repeal the now outdated pre-Independence Sugar Production Control Act.

Motion on Awareness Training on the BEAM Programme

Hon Josiah Sithole introduced his motion calling for awareness training on the BEAM programme, proper monitoring of the selection process to overcome irregularities, and an increase in funding by Government in the 2021 Budget, relating it to the Constitution’s injunction to achieve universal basic education.  His speech and that of the seconder of the motion, Hon Mutambisi, were followed by contributions from several MPs who agreed that the present situation was unsatisfactory

Thursday’s sitting was also a long one, lasting until 6.47 pm.

Announcement of Leader of the Opposition in Parliament

The Speaker announced that “the MDC-T Party” had nominated Hon Thokozani Khupe as the Leader of the Opposition in Parliament.

PLC Reports on Statutory Instruments for August and September 2020

It was announced that the Parliamentary Legal Committee [PLC] had returned non-adverse reports on:

Note: The three SIs not reported on are the last three of September:  SI 224 is the Warehouse Receipt (General) Regulations [the first ever regulations under a hitherto totally unused  Act passed some years ago]; SI 225 is the Guruve Rural District Council (Environmental) By-laws; SI 225A is the fourth amendment to the COVID-19 National Lockdown Order.

The Minister of Foreign Affairs and International Trade successfully moved resolutions approving the following international agreements in terms of section 327 of the Constitution:

Zimbabwe has hitherto participated in international exhibitions [world expos] under a now-expired reprieve extended to non-members.

Ministerial Statement by Minister of Foreign Affairs and International Trade

The Minister of Foreign Affairs and International Trade made a statement on the effectiveness of the Government Policy on Re-affirmation, Engagement and Re-engagement.

Motion of thanks to the President

As expected, the debate on this motion, first moved a year ago, was wound up with the customary expression of loyalty to Zimbabwe and respectful thanks to the President approved.

Coming up in the National Assembly 20th [and 21st?] October

Once again, only the National Assembly will be sitting.

The Order Paper is headed by motions tabled by the Minister of Justice, Legal and Parliamentary Affairs asking the House to take note the following reports by the Zimbabwe Human Rights Commission [ZHRC]:

Bills are next on the agenda, in the following order:

The House awaits presentation of the Portfolio Committee’s report on the Bill.

The Bill is ready for the start of the Committee Stage.  Amendments have been tabled by the chairperson of the Portfolio Committee on ICT and are available on the Veritas website [link].  They are to give effect to the combined recommendations of that committee and the Senate Thematic Committee on Peace and Security in their report on public reaction to the Bill [link].  Two excellent commentaries on the Bill are available on the Veritas website [link] and [link].

Note: Bill Watch 67/2020 of 12th October [link] set out Veritas’ view that neither of the above two Bills should be rushed through the House.