This is a silent genocide – Chamisa speaks on fired Doctors

The youthful MDC leader has called out the govt for firing striking doctors, called the move a silent genocide. Writing on Twitter Nelson Chamisa said:

Source: This is a silent genocide – Chamisa speaks on fired Doctors – The Zimbabwean 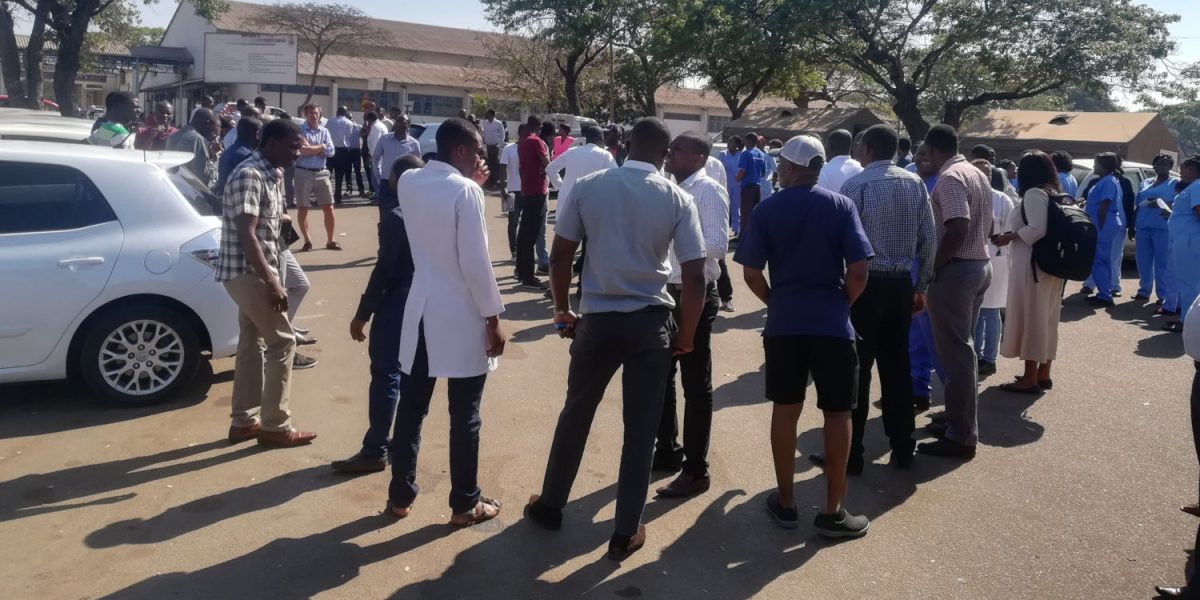 It surprises me that the Mnangagwa regime would fire medical doctors instead of simply paying them a living wage.These are fruits of illegitimacy. There is a silent genocide taking place in Zimbabwe as our hospitals have been shut down for 2 months now. Pay doctors a living wage!

Chamisa was tweeting after the govt decided to fire all junior doctors who have been on strike since 3 September.

Newer Post
Doctors unmoved by the government’s decision to fire them
Older Post
Let’s talk about our reality: Are we failing our young people?