An Open Letter to ED via the United Nations 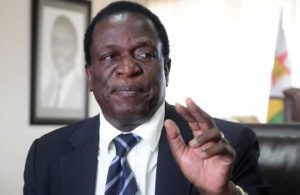 Addressing Zimbabweans living in Namibia in January 2018 on the prospects of them voting in the 2018 harmonised elections, President Emmerson Mnangagwa told them, “We do not have the logistics now or the capacity.” Later in March 2018, President Mnangagwa told Zimbabweans living in Rwanda that it was not possible for Zimbabweans in the Diaspora to vote from their domiciled countries “because government does not have resources to set up polling stations in their host countries”. President Mnangagwa repeated the same words on various other trips abroad where he had the opportunity to address Zimbabweans.

President Mnangagwa’s statements were, however, contradicted by Zimbabwe’s foreign affairs minister Sibusiso Moyo when speaking in the United Kingdom he said “ the country is working on logistics that would enable citizens who live outside the country to vote in the general and presidential elections scheduled for later this year”. Sibusiso Moyo’s remarks may have been aimed at hoodwinking the British Government to develop faith in the “New Dispensation” in order to resume business relationship which Zimbabwe so desperately needs.

Whatever the intentions of Comrades Mnangagwa and Moyo were, the election is behind us. Zimbabweans living in the Diaspora did not participate in the elections as the world was told by Comrade Sibusiso Moyo, probably because he had not consulted with his boss or with Treasury to ascertain the financial preparedness, but I feel strongly that the was a ploy to pretend to look good to the outside world.

Now that elections are behind us, preparations to get Zimbabweans in the Diaspora to vote must commence NOW. President Mnangagwa must walk his talk, while Foreign Affairs Minister Sibusiso Moyo must apologise to the world for the misleading utterances that preparations were in place, explain the motive of his misleading statement and explain how the government plans to prepare for the registration of Zimbabweans in the Diaspora to enable them to vote in 2023.

But we cannot really trust the Government to do it without pressure from anyone, so I encourage Parliament of Zimbabwe, Zimbabweans living abroad and those living in the country, civic society, and most importantly, the International Community, to exert pressure on Government of Zimbabwe to start putting in place the mechanism to ensure that the Zimbabweans in the Diaspora will vote in 2023.

Diaspora voting preparations must be used as a measure to show that Emmerson Mnangagwa’s Government is open to do voting business with its own citizens living abroad. I encourage the Commonwealth to make it a condition for readmission into the Commonwealth among other things, while the United States of America is encouraged to look at that aspect when they review the Zimbabwe Democracy and Economic Recovery Amendment Act. The United Nations which is well represented in Zimbabwe must encourage the Zimbabwean government start the process to get Zimbabweans in the Diaspora enabled to vote in 2023.

A look around what is happening in neighbouring countries proves beyond reasonable doubt that Zimbabwe is lagging behind. Mozambicans living in Zimbabwe have been participating in elections in their own country for many years now; and the governments of Botswana and South Africa are currently involved in massive voter registration exercises for their citizens living abroad. Mnangagwa should certainly borrow a leaf from these fellow SADC states.

Let me conclude the article by giving the example of Diaspora voting in Botswana where it was introduced as a package of constitutional and electoral reforms in 1997. The Electoral Act section 5(3) amendment of 1997 permitted citizens resident outside the country to vote externally. External voting procedure follows that which applies to registration and voting at home. Normally there are two main periods of concentrated registration, followed by a continuous registration until about six weeks or so before the election date. External voters register at Botswanan embassies and high commissions abroad and in major cities and centres in countries where there is expected to be an eligible voter population. In the 2004 elections many students studying abroad were employed as registration and polling officers. The register of external voters is kept by the head of the mission, who updates it as people come to register.

In Botswanan elections, external voting normally takes place two weeks before the general elections at home. The ballot papers are then brought to the Independent Electoral Commission (IEC) within a period of four days after the voting. Upon arrival they are counted and allocated to constituencies on the basis of the voters’ choices in the presence of the candidates and political parties. This means that the results of external voting are known by stakeholders a few days before the main voting takes place, but they are never released before the rest of the results.

“There is absolutely no excuse for Zimbabweans in the Diaspora not voting, and President Mnangagwa should start the appropriate steps NOW if the world is to take his reformist stance seriously.