Time ripe for Zimbabwe to craft a new system 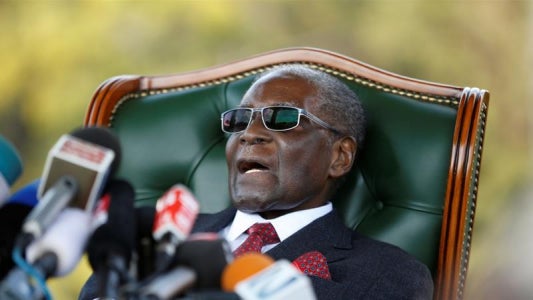 DECADES after former President Robert Mugabe, who died last week, is long gone, his legacy will continue to trigger spirited and heated debate anywhere on this earth because of what this man stood for and practiced.

Fundamentally though, while those who remain behind find time to discuss the merits and demerits of big political figures such as Mugabe, people — especially Zimbabweans – should take time to take stock and critically analyse not the man Mugabe, but the system he left behind.

And last week former Mozambique First Lady Graca Machel succinctly highlighted this point when she urged Zimbabwean women to firmly stand together and fight the system in Zimbabwe which has largely instilled fear in the citizenry.

“As sisters, you need to interact and question the system, and you need to be clear of what it is in the system which you want changed … I was here in August 1980 with the late Mozambican President Samora Machel, and I remember very well how this country was vibrant and so full of energy. It is still in Zimbabwean women to go back and recapture this, but you have to be a united people who can dream. If it is someone who has taken that dream away from you, then they have no right to do so. Use your power as Zimbabweans to say this nation belongs to you as women and you claim it.”

Machel’s words of wisdom come at a very opportune time because the departure of Mugabe should indeed usher in a new thinking among Zimbabweans. A vital take from Machel’s advise to Zimbabwean women and people in general are the words that the southern African nation needs “to be a united people who can dream”.

Mugabe had his own dream and for nearly four decades he tried to live that dream and Zimbabwe became Mugabe because he carried the ideals of the Zimbabwe in his dreams. Little wonder the present so called new dispensation has largely struggled to have a clear identity of its own. It has been held back by the strong legacy that Mugabe left behind which should now lead the whole nation to either change or transform, whatever is preferable.

The nation, at large, has also been held back from challenging the system which instills fear in people, which the new dispensation inherited from Mugabe. Zimbabwe’s people and the regime in power need to unite for a common purpose. The Zimbabwe in people’s dreams should not be exuded by any one individual or one particular institution or political party, but should run in the veins of every Zimbabwean.

The long and short of it all, Zimbabwe needs a completely new inclusive system: A new way of doing things that, for instance, does not segregate and regards others as more patriotic than others.