Time to reclaim prices from cartels

Source: Time to reclaim prices from cartels – NewsDay Zimbabwe May 31, 2019 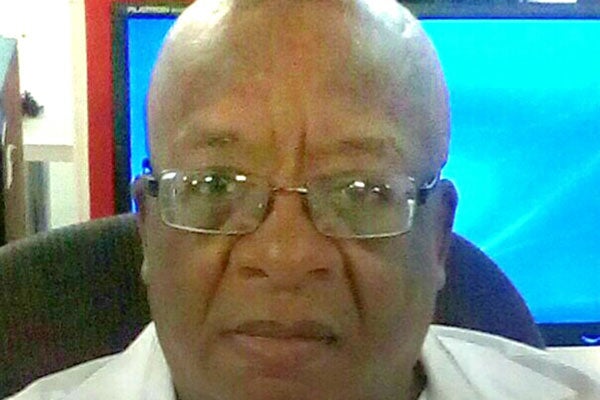 Without discounting the immense damage of sanctions and corruption in the public sector, whenever Finance minister Mthuli Ncube blames many of the economic woes bedevilling Zimbabwe on cartels and manipulation of foreign currency rates on the so-called parallel market, he won’t be making a stupid joke as some people would have the nation believe.

When Ncube points out such exploitative malpractices, he is neither making excuses nor fabricating. Cartels — where manufacturers or suppliers group together with the purpose of maintaining prices at a high level and restricting competition — are a reality in Zimbabwe as they are elsewhere.

But the Zimbabwean authorities have not come down hard enough on these cartels as in other countries. Earlier this year, Delta Beverages increased its shareholding in African Distillers to 51%, gaining a controlling interest in that company by the smallest of percentages, but with the biggest implications on pricing of liquor products. This formation of a duopoly in the liquor sector apparently escaped the scrutiny of the Competition and Tariffs Commission.

In contrast, in April this year, Britain’s competition regulator blocked the proposed merger between supermarket retain chains Sainsbury and Asda. The Competition and Markets Authority said in its final report that the deal would lead to increased prices in stores, online and at many petrol stations across the United Kingdom.

Now in Zimbabwe there seems to be no such effective regulatory protection of consumers at large. We have seen the emergence of informal cartels, for instance, in the bakery industry, where three oligopolistic firms have joined hands to exploit and share the market by setting common prices for bread and increasing the price by virtually the same margin at the same time.

Last month in the United States, more than 40 states — out of 50 making up the country — filed a lawsuit accusing pharamceutical firms of conspiring to artifically inflate the cost of medicinal drugs. The lawsuit alleges that as many as 20 companies have been involved in fixing prices for over 100 drugs, including treatments for diabetes and cancer.

The legal action, which follows a five-year investigation, accuses drugs companies of involvement in a scheme to boost prices — in some cases by more than 1 000%. The lawsuit accuses the pharmaceutical firms of “embarking on one of the most egregious and damaging price-fixing conspiracies in the history of the United States”.

There it is — written “greed” all over and all the way. The same is happening in Zimbabwe — ask those who need constant medication because of chronic conditions. There is need for class action — a lawsuit filed by an individual person or individual organisation acting on behalf of the public at large — to counter this because health is a human right. But the
Zimbabwe Doctors for Human Rights seems incapable of taking a holistic view of rights. Because of their preoccupation with partisan politics, they seem to be of the erroneous
thinking that it’s only the State that can violate human rights whereas the private sector is capable and culpable of the same as we can see from local pharmacies.

Does this naked corruption have anything to do with political reform as we are told ad nauseaum? No, it has everything to do with greed, not need. What Ncube is saying about curbing money supply and that business should not price goods based on the black market exchange rates, but on the prevailing inflation rate makes perfect pragmatic sense.

The plot thickens. Class action is underway in Australia against the foreign currency cartel of five major banks — UBS, Citibank, Barclays, JP Morgan and Royal Bank of Scotland — for fixing foreign exchange rates. The action claims the banks colluded to rig foreign exchange rates, boosting profits at the expense of Australian businesses and investors with the ordinary person ending up carrying the can.

Sounds familiar? Indeed, because here in Zimbabwe, a forex cartel involving banks is fuelling and feeding the black market — and this is where much of the price madness devastating households is coming from. In April this year, a massive scandal rocked Nedbank Zimbabwe — a local unit of one of South Africa’s largest financial services groups — after 28 employees were rounded up by the police for allegedly swindling the financial institution of over US$1,1 million through an elaborate scheme of swopping depositors’ US-dollar bank balances with
electronic RTGS dollars. This is only the tip of the iceberg, but it should have made people realise that they ought not to look in only one direction.

But we have people who have pinned their very political survival on the failure of Ncube’s Transitional Stabilisation Programme. They are no different from a wife who, having taken out a million-dollar insurance policy on her husband, has more to gain with him dead than alive and will, thus, kill him.

As one can see, it’s not that we are totally helpless and at the mercy of these exploiters. As individuals, unconstrained by groupthink in mass organisations like political parties where everything is blamed on what they call lack of political reform, we can make a difference, a vast one. In April 2019, one such individual took the behemoth that is mobile money transfer firm EcoCash. Kuda Musasiwa forced EcoCash to admit the sins of its exploitative ways.

Musasiwa tweeted: “Did you know @EcoCashZW agents selling you back your cash is criminal and EcoCash paying them a commission on the higher amount is against their terms and conditions?
And also that EcoCash pocketing the charges from the higher rate is also criminal? Who will join me in a class suit?”

EcoCash chief executive officer Natalie Jabangwe hit back at Musasiwa: “Always surprised by wanna-be entreprenerurs who don’t understand macro-economics and make all sorts of misunderstood business modelling comments without research or know-how. Shifting blame for their failure to those who are working hard to drive business!”

Well, Musasiwa shot back: “For the record: I have not failed. I will continue to build myself and business despite this millionaire’s opinion. Her only success is taking over a monopoly. And I will get her and her sponsored criminal agents to answer for their crimes. Screenshot association ahoy!”

Exposed for this indefensible daylight robbery, the EcoCash CEO made a massive, humiliating climbdown just days later by issuing a Press release warning agents selling cash to stop doing so. Read the Press advert: “Report any cases of EcoCash agents charging you extra to cash out.”

People are quite rightly demanding answers from government and they are given the answers, but they don’t want to use those answers to solve problems on their own when some of the solutions are within their grasp. Fellow Zimbabwean Jacob Kudzayi Mutisi has also noticed this tendency by many people of not using the grey matter to think for themselves. Says Mutisi:
“What is wrong with Zimbabweans? Instead of boycotting when there is a price increase, they panic-buy. Wake up. If you don’t buy, businesses will reduce prices.”

It’s within the power of the ordinary people to hit cartels in the pocket without government redollarising and enforcing price controls — as Ncube has subtly but astutely advised.