“Zimbabwe and countries like it continue to struggle despite contributing very little to climate change,” said Brittany Wichtendahl, Public Relations Coordinator for Catholic Relief Services in the country. “There is urgent need globally to take action that will slow down, stop, or reverse climate change.” 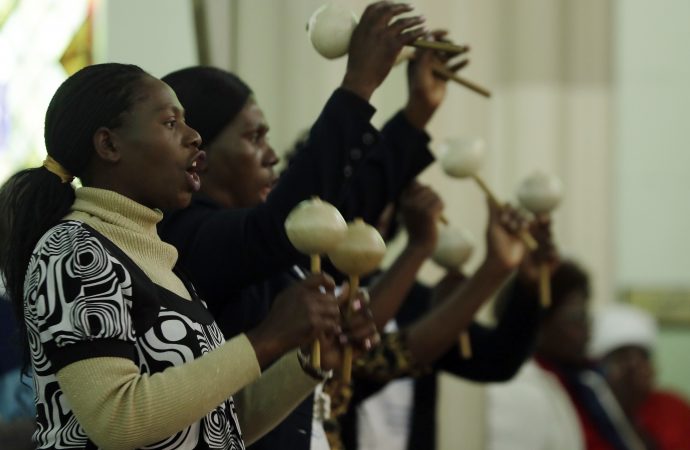 As the United Nations warns that 2020 could see Zimbabwe’s food security crisis become even worse, an expert for the official overseas development arm of the U.S. bishops says such problems can’t be solved without addressing their underlying cause in climate change.

“Zimbabwe and countries like it continue to struggle despite contributing very little to climate change,” said Brittany Wichtendahl, Public Relations Coordinator for Catholic Relief Services (CRS) in the country. “There is urgent need globally to take action that will slow down, stop, or reverse climate change.”

Zimbabwe used to be called Southern Africa’s breadbasket, but climate change and an economic meltdown have combined to force close to 70 percent of the people into a situation of food insecurity.

“We are facing the worst hunger crisis in more than a decade. The situation is nothing short of tragic. There is no other way of putting it,” says Bettina Luescher of the UN Food Program.

Zimbabwe has been there before, with droughts and cyclones devastation landscapes, killing people and forcing others from their homes.

CRS has been at the forefront of interventions in the country’s many humanitarian emergencies. The Catholic charity could have even more work on its hands as the country is set to slip into perhaps its worst food crisis in decades.

In an exclusive interview with Crux, Wichtendahl talks about the scale of the 2019 drought in Zimbabwe and how past crises could help the charity’s interventions in the future.

Crux: Zimbabwe was hit by drought in 2019. How serious would you say the drought was?

Wichtendahl: It has been one of the worst droughts in decades. Rainfall amounts have been down across the country and weather patterns have been erratic. The impact of this drought has been felt all across Zimbabwe. Almost six million people are currently facing food insecurity, and CRS does worry that the number will increase.

What was the impact in terms of food security and displacement of people?

Millions of people in both urban and rural areas are facing food insecurity, and because of this we have seen an increase in the migration of Zimbabweans. We’ve seen migration from rural to urban areas increase because the ability for people to live off the land is decreasing.

More and more young people are headed to places like Botswana or South Africa to try and find jobs so they can afford to feed themselves. Often, migrating parents leave their young children behind with grandparents who struggle to provide for them. Many more children are out of school and undernourished as a result.

What kind of response did the government and aid agencies provide?

The government has been coordinating disaster response and partnering with aid agencies to ensure targeted, efficient support is provided at provincial and district levels where it is needed most. The disaster risk committees work closely with aid agencies like CRS to make sure this support is getting to the most vulnerable. The government has already started distributing lean season assistance and emergency food aid, and this is expected to be scaled up next month.

How did CRS respond to the crisis?

CRS has been working with farmers across Zimbabwe to help mitigate the effects of the drought through climate-smart crop and livestock agriculture. Working with local partners, CRS teaches farmers soil and water conservation methods. In the long term, these conservation methods are teaching farmers how to replenish the land and will help them utilize every drop of water that falls to the ground.

We also work with the government to send out bulk text messages to farmers to warn them about things like pest attacks or potential floods. With the advanced warning these messages provide, farmers can quickly prepare and make decisions that will help manage any risk to their crops.

In addition, we are providing farmers with drought-resistant crops and livestock that are very adaptable to drought conditions, so they can produce enough food for the farmers and their families, even in the harsh conditions we’re currently seeing.

The situation was worsened by Cyclone Idai. How did all of this play out?

People here in Zimbabwe were still recovering from Cyclone Idai when the drought-hit. In fact, many of them are still trying to get back to where they were before the storm disrupted their lives, and the drought has made it even harder. Cholera outbreaks caused by Idai meant that many people who could have been working to rebuild their homes or farms were sick, delaying time spent harvesting and saving food. With the drought, many Zimbabweans have had to focus on finding enough to eat rather than rebuilding their homes and their communities.

There are already warnings more drought is coming. What would this mean for food security?

Food insecurity will get worse. CRS is working with farmers to help them prepare and adapt as best they can for incoming droughts or floods, but there is only so much that can be done. What it comes down to is that climate change is making droughts and weather events like Cyclone Idai stronger, longer, and more frequent.

Zimbabwe and countries like it continue to struggle despite contributing very little to climate change. There is urgent need globally to take action that will slow down, stop, or reverse climate change.

Did you learn any lessons from previous drought situations that could prepare you for better responses in future?

We are always working to adapt our responses so that they work efficiently and provide the most assistance to the most vulnerable  At the community level we work with farmers to learn, adjust their methods, and adapt to climate events through learning centres. Each farming season, the farmers we work with are better able to recognize and take appropriate measures to respond to drought and other shocks like flooding.

CRS has farmer learning centres in rural communities in Zimbabwe where farmers learn new farming methods and also form a community to share information and trends. The learning centres have helped farmers recognize early signals of drought and the first signs of pest attacks.

In addition, CRS connects farmers with research institutes which collect crop and livestock samples to study drought-tolerant feed formulations. The information this research has generated over years provides information that helps farmers maximize crop and livestock yields. CRS has also developed a measurement protocol that monitors how communities respond to emergencies. This protocol gives communities information that helps them recognize trends and patterns so they can anticipate climate events and other shocks and prepare for them. CRS intends to deploy this protocol in Zimbabwe.