Source: Tobacco buyers fail to pay for deliveries | The Standard 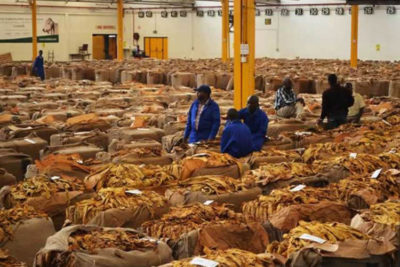 TWO companies, Pamuka Leaf and Interol Trading, are struggling to pay farmers for tobacco deliveries made between May and July this year, a situation that has affected farmers’ preparations for the 2020/21 season.

Preparations for the 2020/21 tobacco planting season are already underway, having started in September.

According to a letter written by Tobacco Industry and Marketing Board (TIMB) CEO Andrew Matibiri on September 16, 2020 to Mashonaland Tobacco Company (MTC) MD Alex Tait, the two companies are yet to clear their outstanding payments.

MTC is an off-taker for Pamuka Leaf and Interol Trading.

The attachments of the letter indicate that Interol owes more than 83 farmers about US$49,187 while Pamuka on the other hand had outstanding payments of US$26,793 plus $678,204 for 28 farmers.

“The TIMB has received reports of farmers who have not been paid at Interol Trading P/L and Pamuka Leaf P/L and we believe by your standing as the off-taker you can be in a position to resolve these issues.

“We have tried to engage the two companies, but to no avail,” the letter reads in part.

Zimbabwe Tobacco Association chairperson Rodney Ambrose said they were aware of some farmers, who had not been paid, but he was not in a position to comment on the matter.

“All I know is that there are some companies that are still yet to pay the farmers.

“As an association, we are following up with the companies to make sure that those payments happen and we will also be making reports to TIMB to ensure that those companies are not re-licensed for the coming season.”

Tobacco Industry Development Support Institute for Southern Africa executive director Jeffrey Takawira said it was sad and disheartening that months after selling their crop, some tobacco farmers were yet to be paid.

“Most of these farmers depend on proceeds from the sale of their crop to begin preparations for the next season and at this time of the year, it’s too late to start work on their seedbeds,” Takawira said.

“Curiously, farmers’ unions are conspicuous by their silence on the matter.

“Could this be a ploy by contractors to prolong farmers’ dependency on contract farming?

“We call upon the government, through the Reserve Bank to intervene and put in measures in order that this does not recur.”

Pamuka spokesperson Nigel Mandaza claimed the issue had been resolved.

But farmers, who spoke to Standardbusiness, said they had not been paid.

Efforts to get a comment from Interol Trading and MTC were fruitless.

With planting for the 2020/21 season having started, these farmers would not be able to plant due to lack of capital.

Tobacco is one of the biggest foreign currency earners in the country, with data from the TIMB showing that 180,8 million kilogrammes valued at US$452,3 million was delivered at the country’s contract and auction floors this year.

During the same period last year 240 million kg valued US$479 million went under the hammer.