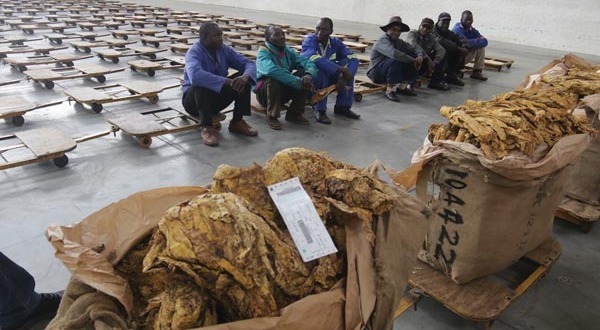 TOBACCO sales have reached US$331,4 million after 137 million kg were put under the hammer as of day 52 of trading, figures from the Tobacco Industry and Marketing Board (TIMB) show.

The average price at US$2,81 per kg was 30% better than that offered last year.

Since the commencement of the selling season late April, farmers have been getting 50% of their earnings at a fixed rate of US$1:$25 at a time the parallel market rate has been running amok.

On Tuesday, Zimbabwe’s currency rate further weakened from 1:65 to 1:68 after auction.

The forex auction, done every Tuesday, now determines the official exchange rate at which farmers get their remaining 50% payment.

As such, farmer associations have lobbied to be paid fully in hard currency, with some pushing authorities to effect an exchange difference payment at an agreed rate.

The central bank suspended the operation of the interbank forex system and put a fixed rate in March before reintroducing the auction system, which started operating on June 21, 2020.

Farmers are agitated that authorities are dithering on paying them the exchange rate difference at a time 90% of small-scale farmers have delivered their crop.

“We’re nearing the end of most small-scale farmer deliveries. We are likely to miss the target because of the late start of the tobacco season and the prolonged dry spell, resulting in a drop in yields. In the next two weeks, we will have a clear picture,” Zimbabwe Commercial Farmers Union president Shadreck Makombe said

This year’s tobacco selling season commenced on April 29 after several deferments as authorities grappled with measures to contain the spread of the global COVID-19 pandemic.

Tobacco is one of the country’s top forex earners which has helped in raising cash for the importation of industrial raw materials, fuel and pharmaceuticals, among others.

Previously a preserve for white commercial farmers, tobacco farming in Zimbabwe has, over the years, grown to become the mainstay for smallholder and subsistence farmers, providing a source of livelihood for most of the country’s rural population.

TIMB projects this season’s output at 225 million kg, down from an all-time high of 259 million kg last year.