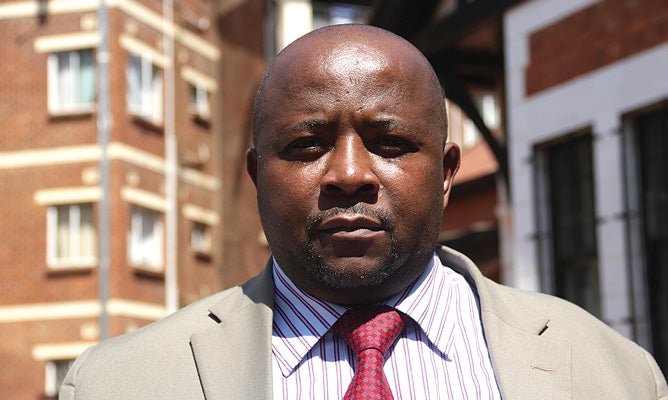 ZANU PF chief whip Pupurai Togarepi yesterday torched another storm in the National Assembly when he raised a matter of privilege, alleging that there was “a leader of a political party” who was fanning disharmony by threatening war in the country.

This angered opposition legislators who felt that the remarks were targeted at MDC president Nelson Chamisa, who, during a rally in Glen View at the weekend, said the time was nigh for Zanu PF leader President Emmerson Mnangagwa to be removed due to the economic difficulties faced by the country.

Togarepi raised the issue as a matter of privilege with the Speaker of the National Assembly Jacob Mudenda, but he did not name the political party he was referring to.

“In this country, we have different political parties and there is a political party whose leader said during a rally that they will cause war in Zimbabwe,” Togarepi claimed.

“When I looked at the pictures taken at the rally, I saw that some MPs were present and were cheering and supporting his utterances.”

Zengeza West MP Job Sikhala (MDC Alliance) stood to challenge Togarepi’s claims, but the Speaker asked him to give Togarepi a chance to finish his point.

Therefore, if an MP is speaking and you do not agree with him, let him exercise his freedom of speech as enshrined in the Constitution and once he has finished, anyone else is free to respond,” Mudenda said.

Togarepi then continued: “MPs are lawmakers and they represent people, and if there is war in Zimbabwe, those people that we represent are going to suffer. I expect MPs to show the country that as MPs, we are not for war.”

Mudenda then said while Togarepi had a point, he could not bring before Parliament issues said at political rallies.

“The MP is concerned about matters of national security. I, therefore, appeal to MPs that we should not engage in hate speech that creates possibilities of disharmony, and insecurity among the people, but whenever such issues arise, it is the police that should intervene and take action because Parliament has no arresting powers,” the Speaker said.

Sikhala then said Togarepi was raising a “false, misleading and malicious” statement that there was a political party that was agitating for war.

“We also urge political parties in this House not to institute disciplinary hearings on their members that call for dialogue,” the Zengeza West legislator said, referring to the case of Chivi South MP Killer Zivhu, who is said to have been crucified over utterances that Mnangagwa must engage Chamisa.

“MPs are being harassed by their own political parties. We also urge senior members of political parties like (Zanu PF national commissar Victor) Matemadanda, who said he will unleash soldiers on opposition supporters — and he has threatened to unleash a Gukurahundi and the army against civilians in this country — and his actions cannot go unnoticed,” Sikhala said.

The Speaker said Sikhala had jumped to conclude that Togarepi was referring to the MDC when he never mentioned the party in question.

“The bottom line is when such utterances are made, it is not for this House to come up with arresting powers, which is the job of the police. Therefore, I cannot allow further debate on that, and what Sikhala has said, I would only like to use this Shona idiom; ‘Chiri mumusakasaka chinozvinzwira’ [People take advice that pertains to their individual needs in group settings],” Mudenda said.