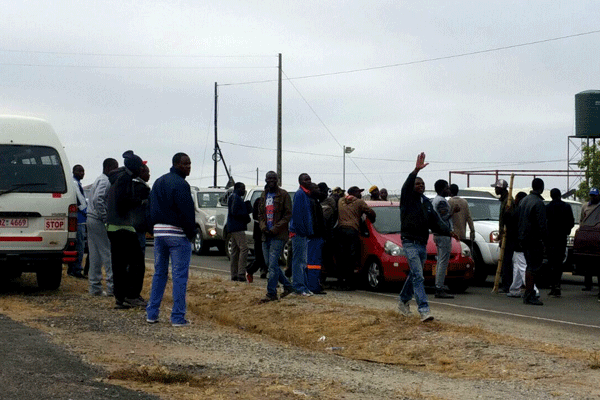 TOUTS in Karoi are setting up bush “tollgates”, where they force drivers avoiding police roadblocks to pay for passage as they seek ways to combat the economic challenges that befell them when government banned pirate taxis due to COVID-19.

Touts, who load passengers for illegal pirate taxis, commonly known as mushikashika, have been struggling to put food on the table and pay rentals after government banned pirate taxis.

The youths set up a barricade just outside Karoi at Mutingai Farm, where they collect fees from errant drivers who would have avoided tollgates and police roadblocks.

Drivers are forced to folk out as much as US$2, and if they fail, they are denied passage and ordered to turn back and  face the police.

One tout, who identified himself only as Chigumbu, told NewsDay that they started operating at the beginning of 2021 and were pocketing US$20 daily.

“We are here from as early as 6am and knock off at around 10pm. We can’t do anything besides this as kombis were barred from operating, and life has changed for the worst. We have families to feed and things are tight, hence we can’t sit and relax.”

“The mushikashika team have networks. If we set up a roadblock, traffic reduces, which means that they would have been told that we are on the roads and use illegal routes to avoid us. This is coming to an end,” she said.

President Emmerson Mnangagwa last Tuesday extended the Level 4 lockdown  by two weeks, a development that will put a further strain on the already hard-pressed unemployed youths, who eke out a living through touting.