A guard noticed a man in town this week who he knew was a thief. He approached him from behind and then jumped on him and arrested him!

Source: Traveling without maps – The Zimbabwean 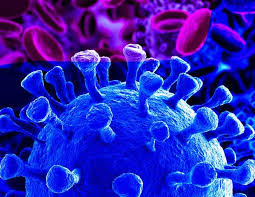 The Corona Virus has crept up on us – as it were from behind – and jumped on us and now we are scrambling with the consequences. I have read one theory – it is no more than a theory – that there is a connection between fertility rates and the immune system. So, the theory suggests, the artificially induced low fertility rate, with its consequent aging population, in China – the one child policy which was obligatory until four years ago – may have something to do with the origins and high incidence of this disease. This theory may prove to have no basis but at least it has the merit of alerting us to the possible consequences of artificially upsetting the fine balance that exists in nature.

I am always awed by the fact that there is only a tiny slice of the universe where life can exist. If you travel up into the sky beyond 11 kilometres or so, you cannot breathe without elaborate mechanical back up. The same applies if you plunge into the depths of the sea.  We are limited beings and jump our boundaries at risk.

That is why the news that the waters of Lake Kariba, the largest man-made lake in the world, have dropped six meters in the past three years, fills us with concern. In our drought prone region of Africa it is unlikely that the waters will rise again to their normal level any time soon.  What is more likely is that they will continue to drop. What if the Zambezi were to dry up? We, the Jesuits of Southern Africa, have a prayer we say about our growing integration in the SADCC region. ‘Nourished by the waters of the Zambezi, the tree of faith grew and spread its roots …’ It is a nice fudge of physical and spiritual images but it does express our consciousness of this vital source of life: the river that runs through us.  One of our countries has even taken its name from the river. But soon we may no longer ‘be nourished’ by those waters.

For the first time in history we live in a world ‘on edge’: we can destroy ourselves. In the late twentieth century we had the nuclear threat and then the HIV pandemic. In this century we have already experienced the financial crash, global warming – and now this. In John’s gospel, chapter 9, there is a powerful story of a man born blind. He represents us.  What is striking in John is that Jesus does not just cure him and the man goes off home happy.  He discovers that he can see not only with his eyes but with his mind and heart.  He has to fight his way through opposition from the bystanders, his own parents and the rulers of the time. These last abuse him and make him an outcast but this only strengthens his resolve. He ends up strong and sure of himself.

The crisis we face can do the same for us.