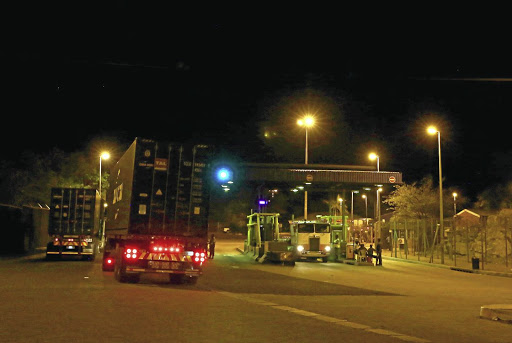 Officials in South Africa and Zimbabwe are working on measures to alleviate congestion at the Beitbridge border post.  Image: Simphiwe Nkwali

As the clock ticked down to Christmas, the department of home affairs urged travellers to remain calm after hours of congestion at Beitbridge on Monday December 24 2018.

“The officials of the department have been advised by their counterparts in Zimbabwe that there are some delays in processing documents for vehicles and people moving through the border on their side, which is causing congestion on our side,”  said a statement issued by the department.

Home affairs media manager David Hlabane said the problem originated on the Zimbabwean side of the border, adding: “We were alerted of the congestion in the early hours of Monday, but the officials gave us an assurance that the situation was receiving urgent attention.”

Hlabane said many people had been stuck at the border but could not say exactly how many.

“The situation is improving and the two teams are in constant contact on measures to ameliorate the situation,” said the department.

“The department further appeals to travellers to carry their documents when they travel.”

Senior managers have been dispatched to Beitbridge and other ports of entry to monitor and improve the flow of traffic.

Newer Post
This man spent $5,000 of his own money to put Zimbabwe on Street View
Older Post
Zimbabwe government accused of remaining unaccountable