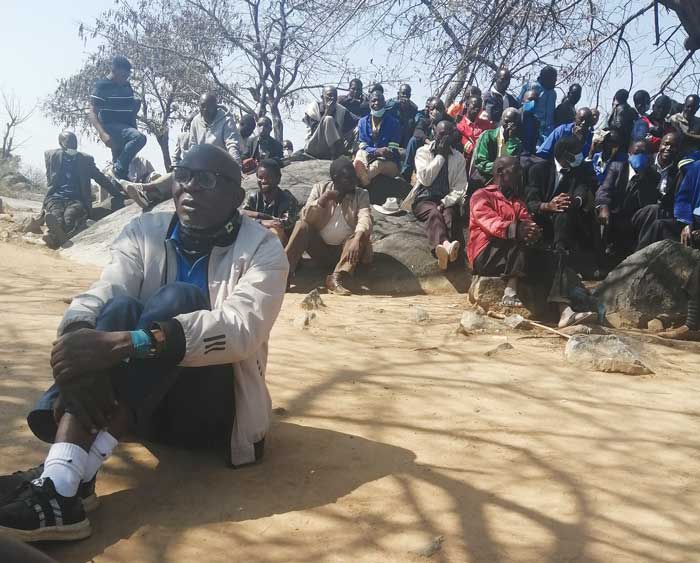 By NKOSENTSHA KHUMALO
A WITCH hunter, commonly called tsikamutanda, from Karoi in Mashonaland West, went into a trance before fleeing from Chief Nyangazonke’s community court in Maphisa, Matabeleland South on Friday, last week.

Lloyd Chimanya (32), the witch hunter popularly known as Booster had been summoned by the chief to explain his ritual activities in the area but he fled the court before a judgment was delivered.

The court case came after villagers expressed concern over how the witch hunter was fomenting havoc in Kezi while getting paid in goats, cattle and other valuables after “cleansing” villagers of evil spirits.

In Kezi, ward 14, a couple consulted the witch hunter and asked him to conduct rituals at their homestead following the illness of Ustance Bajila (70).

Bajila’s wife then summoned Booster to “cast off the evil spirits.”

Following villagers’ concerns, Booster, the village head,  Bajila’s wife and Sergeant Chidyodyo were summoned to the traditional court on Friday to explain their activities.

Bajila’s wife told the chief’s court that her husband was sick and they engaged a tsikamutanda after the medical route had failed.

“As they were performing, Chidyodyo first prayed and exposed a hairy bloodied horn with a ring structured circle with my husband’s name written inside, meaning he had no chance of escaping the spell,” Bajila’s wife said.

She further told the court that the tsikamutanda further told her that the horn was the one responsible for sucking her husband’s blood and a huge python was also discovered in her grandmother’s hut.

Soon after testifying, Booster and Bajila’s wife went into a trance as if possessed by the spirits and Booster ran away before judgment was delivered.

The tsikamutanda is set to be penalised for contempt of court as well as contravening the Wildlife Act for burning a python.

Chief Nyangazonke deferred the tsikamutanda’s judgment to August 26, 2022 and warned men who are overseas to keep an eye on their wives as they are falling prey to tsikamutandas who use spells on them.