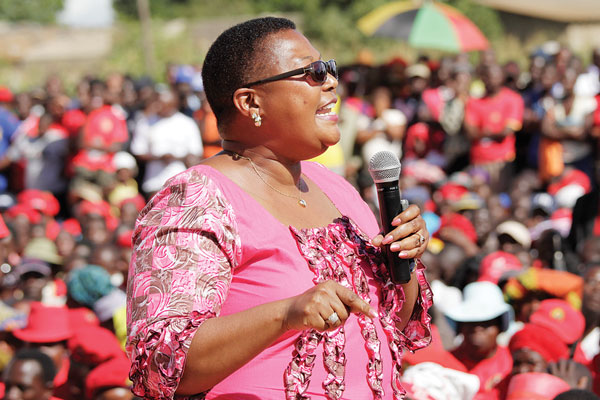 MDC-T secretary-general, Douglas Mwonzora has said that his party leader Morgan Tsvangirai will soon hold a private meeting with his deputy, Thokozani Khupe, to patch up their differences following a recent nasty incident, where she was allegedly assaulted by rogue youth at the party’s Bulawayo offices.

“The president is going to meet the leadership in Bulawayo in due course after the conclusion of investigations to the root cause of the violence. We are almost done with the investigations and have started acting on some of the preliminary findings,” he said yesterday, but declined to give specific dates for the meeting.

Khupe, MDC-T organising secretary, Abednico Bhebhe and party chairperson, Lovemore Moyo were assaulted by suspected party hooligans during a meeting held a day after Tsvangirai launched a grand coalition with other opposition party leaders in Harare.

The trio boycotted the launch of the MDC Alliance in protest over Tsvangirai’s alleged unilateralism.

Khupe was not reachable on her mobile phone yesterday, although the trio had indicated their desire to urgently meet Tsvangirai following their assault.

“They (thugs) claimed that they had been sent by the president, but we would want to believe that is not true. We will have to confront the president to clear the air on that. We want to talk to him,” Bhebhe said then.