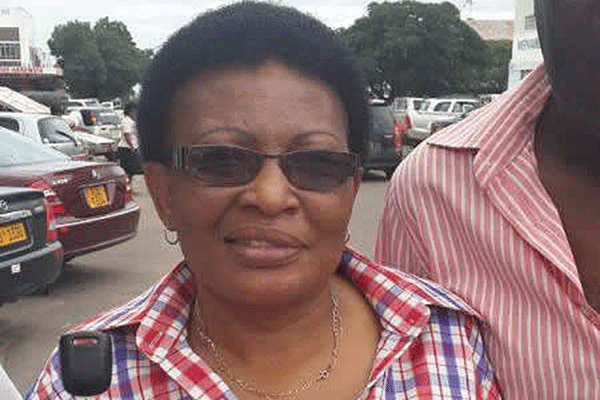 Khumalo and Hwende, who are both members of the party’s standing committee, were suspended alongside three youth members believed to be involved in the skirmishes, where Tsvangirai’s deputy Thokozani Khupe, chairperson, Lovemore Moyo and deputy organising secretary, Abednico Bhebhe were assaulted.

Tsvangirai’s spokesperson, Luke Tamborinyoka, in a statement, said the five were suspended pending full investigations into their alleged complicity in the violence.

“The president has suspended the party’s deputy treasurer-general, Charlton Hwende and deputy secretary for information and publicity, Tabitha Khumalo, pending full investigations for suspected crimes of omission and commission before and during the disturbances,” Tamborinyoka said.

“He has also suspended three members of the youth assembly over the same matter.

“President Tsvangirai has already despatched a probe team to Bulawayo and a full comprehensive investigation will determine any further action to be taken.”

Hwende confirmed his suspension and pledged to co-operate with the inquiry.

“President Tsvangirai called me this morning (yesterday) and advised me that I had been suspended from my position pending an investigation,” he said.

“We accept the party’s decision to try to get to the root cause of the problems that happened in Bulawayo.

“I will submit to and co-operate in the investigations. I was outside the country when this happened and only arrived yesterday (Tuesday).

“I am not sure of the specific charges laid against me at the moment.”

The latest crackdown comes amid reports that Tsvangirai was under pressure from allies in civil society and international funders to root out bad apples from his party ahead of next year’s general elections.

This also comes in the wake of claims that the party hoodlums linked to the weekend chaos in Bulawayo were from Tsvangirai’s office in Harare.

Meanwhile, an internal MDC-T memo written in 2011 by then secretary of welfare, Kerry Kay reveals that intra-party violence has been part and parcel of the opposition party since its formation in 1999.

Kay, in her report to the standing committee and the national executive members, lays the problem on Tsvangirai’s doorstep.

“With respect, it is evident from various reports on intra-party violence since 2000, that the modus operandi has been the same throughout, the youth involved were expelled, but the instigators of the violence have not been dealt with and, therefore, the cycle continues,” she wrote.

“It is evident from the statement made by one of the youth perpetrators in the 2010 HH (Harvest House) violence that the instigators came from the president’s (Tsvangirai’s) office.

“This is not the first time on record.”

Following Kay’s report, Tsvangirai set up another commission of inquiry led by lawyer Trust Maanda to investigate intra-party violence, which marred the party’s 2013 primary elections, but the commission’s findings were reportedly swept under carpet after it implicated top party officials.