Tuku: The death of the HIV song 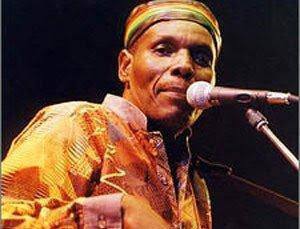 The late music superstar Oliver “Tuku” Mtukudzi could sing about anything, anywhere and at any given time. He was not your Mickey Mouse kind of musician and indeed he was an elephant in the jungles of local music.

As the nation commemorated the first anniversary of the death of Tuku on Thursday, who passed on at a Harare hospital, players in the health sector believe they were robbed the most as the late lyricist was a vital cog in their fight against HIV and Aids.

As Zimbabwe was still coming to terms with the reality of the emergence of the then deadly HIV in 1987, Tuku joined the fight in its infancy when he partnered the World Health Organisation (WHO) and released the song Stay With One Woman.

It was only two years after the first case of the dreaded virus had been reported and confirmed in 1985.

In the song, Mtukudzi was preaching about the one sexual partner and fidelity message which was key then to stop the spread of HIV.

Tuku later told Nkepile Mabuse of CNN that he was among the first Zimbabwean artistes to know and understand HIV.

“I was one of the very first artistes from Zimbabwe to be approached about HIV by the World Health Organisation in 1987. I was lucky to get material about the disease,” Tuku said.

“So, I had to learn and come up with a song which made me to go to Switzerland, where I actually saw people infected and affected and so I had a better understanding of the disease than my fellow artistes.”

As his profile continued to soar, the husky-voiced Tuku penned another classic Pss Pss Hallo in 1990, this time in a clarion call for behavioural change from older men better known as “sugar daddies” back then.

The song, which was later re-released in 2001 as a track on the album Neria, managed to educate grown-up men to desist from wantonly proposing to girls as it also dealt with curbing multiple sexual partners.

Never had Zimbabwe been blessed with songwriters who would seriously tackle the scourge that was threatening to wipe out a generation then as Tuku joined hands with his longtime friend Thomas Mapfumo to raise awareness about HIV and Aids.

Mukanya, as Mapfumo is largely known by his legions of fans, also released the chart-topping Hoyo Wauya Mukondombera from the Hondo album again in 1990.

HIV and Aids continued to blaze a trail of death and by the late 1990s, mortality began to rise in urban areas.

Probability of death before one reached the age of 60 increased from 30% to 70%. The number of children orphaned, that is a child with one or both parents dead due to HIV and Aids, shot up.

It was at that time that The Black Spirits, Tuku’s backing band, lost four of its members, including Tuku’s brother Robert Mtukudzi, to Aids-related illnesses.

As the Aids scourge reached a its peak around 1998/99, Mtukudzi went into the studio and released another HIV hit, Todii ( What shall we do?) from his career-defining chart-topper Tuku Music in 1999.

In the heart-touching song, he was reflecting on the challenges faced by society as a result of the scourge. It was a classical hit that offered sympathy to those looking after the infected and affected.

Again, in his lyrical prowess, Tuku magnified how despicable those in positions of authority were taking advantage of the vulnerable.

Not that there were no other musicians who were touching on the HIV issue. The late Paul Matavire had various compositions which tackled the disease and songs like Yakauya Aids come to mind.

At the turn of the millennium, there was a new crop of musicians who started the urban grooves genre.

The emerging artistes also tried to have a voice in the Aids issue, but not before they were accused of stigmatisation.

Dino Mudondo’s song Bhazi Rawafamba Naro was one such song which touched off a storm.

But with the seriousness and the importance Tuku knew the topic deserved, he released the song Seiko. It was a song which was a call to God asking why such a devastating disease had befallen society.

In 2002, the superstar released the album Vhunze Moto which had another HIV song Tapera.

The song Tapera touched on older men who engage in sexual relationships with young girls. He went on to remind all and sundry that we had to restrict ourselves from the shameful acts that were perpetuating the spread of HIV.

Akoromoka Awa, also released in 2001, was another Aids song in which Samanyanga was counting losses.

He sang about the band members he had lost over the years including his brother Robho (Robert).

The legendary music icon also fought the HIV stigma. He sang Kusekana Kwana Kamba as he tried to demystify the issues around stigma.

Again in an interview with CNN, Tuku had this to say about stigma: “Well, stigma really, it’s an attitude, they should take HIV just like headache, just like any other disease because we got affected by attitude.

“So if the negative attitude falls away by having a friend talking to each other, this would help.”

Tendayi Westerhof, an Aids activist, said the nation was robbed of a voice that championed the HIV cause.

“I remember working with Tuku long back as we started to spread the word about HIV. He was very supportive and his songs helped spread the information fast,” Westerhof said.

“At one time, he told the nation that he was buying ARVs for Mwendy Chibindi, his backing vocalist.

“Then, there were other musicians who sang about HIV and Aids, but Tuku was a cut above the rest.”

Fungisai Sinaro, another HIV activist, said while others tried to sing about Aids, their messages were not readily taken by the public.

“A lot of musicians tried to spread the Aids story through song, but very few would do it the Tuku way. He had his own unique way of sending the message,” Sinaro said.

“The song Todii will remain one of the best messages against Aids for a long time to come. We will forever miss his works in our fight against Aids.”

“If you listen with a tentative ear to the song Pss Pss Hallo, then you will appreciate how Tuku packaged his messages,” Dambadza said.

“It’s all about behaviour change and that is one aspect which we need to improve on if we are to combat the disease by 2030.”