‘The situation is bad, period’, says spokesman for Harare council, as suburbs go weeks without water and cases of typhoid are reported 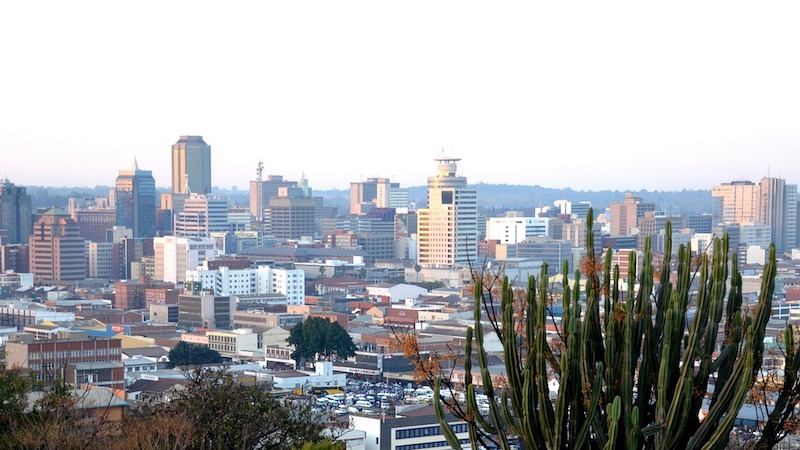 More than two million residents around Zimbabwe’s capital have no access to running water, as drought and breakdowns push the city system to collapse.

“There is a rotational water supply within the five towns,” Harare city council corporate communications manager Michael Chideme said. “Some people are getting water five days a week especially in the western suburbs, but the northern suburbs are going for weeks without a drop in their taps.”

Chideme said people were either depending on water merchants, open wells, streams or several council-drilled boreholes. “The situation is bad, period!”

Dr Jean-Marie Kileshye from WaterNet warned Harare’s water was highly polluted: “Water-borne diseases linked to these boreholes are on the rise, but people have had to take in their own hands water supply because the utility has failed to provide water.”

Hardlife Mudzingwa, of Harare’s Community Water Alliance, said 10 typhoid cases were reported during the first week of July in the southwestern suburb of Glen View.

Zimbabwe is getting warmer as the climate changes and heavy rains and droughts are becoming more intense. In Harare, rains are expected in October at earliest, according to James Ngoma of the Zimbabwe Meteorological Services Department.

In 2018, a drought warning was issued to Zimbabwe by the Southern Africa Development Community. But those messages were not getting through, said Brad Garanganga, a climate scientist from Zimbabwe. Under-resourced meteorological departments had not been able to help policy makers “make decisions to take action on this type of important information ahead of time rather than wait until a crisis hit”.

Harare obtains raw water from four dams: Harava, Seke, Chivero and Manyame. Harava and Seke are completely dry. This has led Harare city council to decommission the Prince Edward water treatment plant, which is fed by those dams.

This has left only one water treatment works – Morton Jaffray – supplying water to Harare and the four other satellite towns.

The dams that feed Morton Jaffray – Chivero and Manyame – are larger and closer to capacity, said Harare mayor Herbert Gomba. But they are “heavily polluted”, requiring more than 10 chemicals to purify. Upstream towns dump domestic, sewage, agricultural and mining waste into the rivers that feed the capital’s dams. The city is spending $3 million a month on water treatment chemicals, Gomba said, forcing it to restrict the amount released. 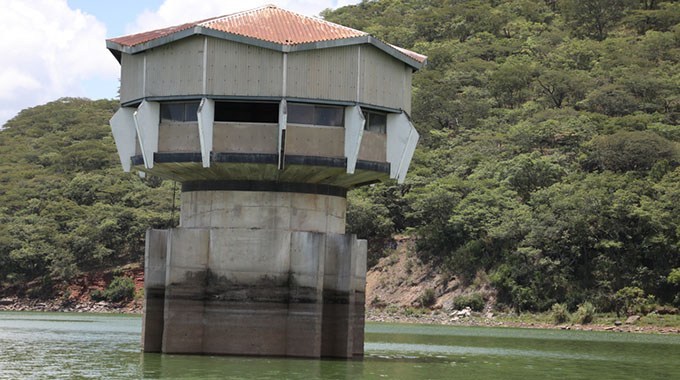 Community organiser Mudzingwa said he believed the city supplies to be less than 100Ml/day. Companies that packaged and sold bottled water to supermarkets and hotels were still receiving municipal supplies, while residents saw their taps turned off, he claimed.

Harare’s water system was designed to service a population of 350,000 people, said Kileshye. The last upgrade was in 1994, but the country has since been in near-constant economic crisis. The city council’s website says some sections of infrastructure have been in use for more than 60 years, “way beyond their economic life of at least 15 years”.

With this in mind, in 2011, the Zimbabwean government signed a loan of $144m from the China Export-Import (Exim) Bank to upgrade its water infrastructure.

Mudzingwa raised questions over how the other half of the loan was administered, saying: “A 2014 internal audit report produced by City of Harare showed that there was inflating of quotations on materials that were bought through the loan. Corruption marred the water project with commodities overpriced, hence the government was not able to access the full amount.”

Gomba rejected corruption allegations. “We never received liquid money, but equipment procured from China. It was due to the government’s inability to honour previous loans following the economic crisis that hindered access to the balance, not corruption.”

The mayor added that non-payment of residential and commercial rates was hampering his administration from effectively delivering water. Even after rehabilitation, he warned supplies from Prince Edward and Morton Jaffray works would reach only 770Ml per day, leaving a shortfall of 430Ml.

“We have to construct three new dams, to add about 840 million cubic metres. But over time Harare has to decommission the old dams and allow them time to rehabilitate naturally,” said the mayor.

Map: Two of Harare’s four reservoirs, Chivero and Manyame, seen to the west of the city, are heavily polluted.

In 2016, the Zimbabwean government signed a contract with a Chinese contractor Sinohydro to construct a dam northeast of the capital Harare. Mudzingwa said construction of Kunzvi-Musami Dam – 67 km outside Harare – was estimated to cost $850-900 million. But the project was not new.

“The discussion on the construction Kunzvi-Musami Dam as an alternative water source started as early as 1990 but is still not ready,” he said. “The central and local government have failed us on water supply.”

Mudzingwa agreed an urgent infrastructure upgrade was needed to solve the water challenges in Harare but he stressed the need for budget transparency. “We must also ensure citizens are involved actively in water governance framework and smart coordination between water sectors,” he said.

Council spokesperson Chideme said the city was running education programmes for citizens, “to minimize pollution of available water resources and while effectively using the available water sparingly so that we do not run out of water”.

“Technology by itself will not be good enough,” said WaterNet’s Kileshye. “The people across the whole spectrum from households, industries need to be made aware that they are part of the solution to sustainable water in cities.”