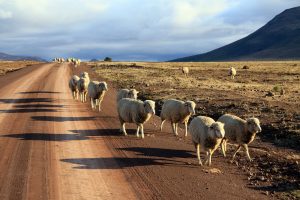 Rutenga district is less than 80km from Zimbabwe’s border with Limpopo, where cattle and wildlife farming dominates agriculture

Harare — Zimbabwe’s veterinary department has placed two districts under quarantine and stopped the movement of all cattle in or out after foot-and-mouth disease was detected in the southern Rutenga region and the Midlands areas of Kwekwe and Redcliff.

“We’ve now quarantined Rushinga and carried out awareness campaigns in the area,” Josphat Nyika, Zimbabwe’s director of veterinary services, said in a telephone interview from the capital, Harare.

“In the Midlands Province, we’ve also detected foot-and-mouth cases in Redcliff and Kwekwe, and those areas have also been placed under quarantine so there’s no movement of cattle in or out.”

Rutenga district is less than 80km from Zimbabwe’s border with Limpopo, where cattle and wildlife farming dominates agriculture. Foot-and-mouth disease can infect all cloven-hoofed animals, including wildlife, sheep and goats. The disease is thought to have entered Zimbabwe through the country’s porous eastern border with Mozambique.

Repeated outbreaks of the disease have frustrated Zimbabwe’s attempts to revive beef exports which once included markets in Europe. The country has about 5.5-million cattle producing about 1.3-million calves annually, according to the agriculture ministry, while the EU requires a country be foot-and-mouth-free for at least two years before accepting imported meat.