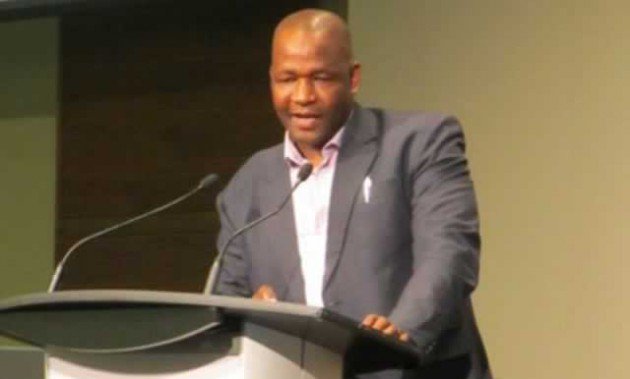 Nyemudzai Kakore Herald Correspondent
The typhoid outbreak, which first hit Harare’s oldest suburb of Mbare, has spread to Kuwadzana and Dzivarasekwa, where more than 30 people have been admitted and treated of typhoid.

In an interview, City of Harare’s Health Services Director, Dr Prosper Chonzi, said the outbreak was as a result of contaminated boreholes, which now have been decommissioned. Dr Chonzi said that it was disheartening to note that residents were failing to practise good personal hygiene, a case in point being Kuwadzana where municipal water was running at the time of the typhoid outbreak.

“We have patients from Dzivarasekwa Extension. Administratively, it is under Mashonaland West, but because of the proximity to Harare city, they came to our clinics. We admitted 15 of them at Beatrice Infectious Hospital, with seven being confirmed to have typhoid, but they have now been discharged,” he said.

“They are also cases that are coming from Kuwadzana 3. There was a contaminated borehole at a school where people were fetching water. Seventeen patients have been treated and discharged. We now have nine patients who are admitted for suspected typhoid. This is so because people are not practising good personal hygiene. It then spreads.”

In containing the outbreak, Dr Chonzi said they had de-commissioned the boreholes in both Kuwadzana and Dzivarasekwa and cases of typhoid are coming down. He said they had also contacted Mashonaland West provincial medical director, who sent his team to assist Harare to educate the residents in health promotion and education.

He said in practising good personal hygiene, people should be made to understand that borehole water is not safe as well as washing hands after visiting ablution facilities, buying food from licensed premises as well as using aqua tablets and Water Guard.

“Harare water may have some odour or colour, but in terms of pathogens that cause typhoid, this would have been treated. This notion, where people think or assume that borehole water is much safer than municipal water need to be re-looked at. People need to appreciate that, yes municipal water might not look too good, but it is safer than some of these water sources,” he said.

“Do not just eat food from anywhere. Practise good personal hygiene because the only way you can introduce salmonella, the typhoid bacteria, is when you drink or eat. The key drivers of typhoid which requires attention are issues of water, sanitation and solid waste management.”

Dr Chonzi said with the coming of the rainy season, they were worried with residential places such as Hopley, where the sanitation system did not meet the required standards. He said they were hoping to put some reticulation and sewer pipes as a precautionary measure.

“People are using a shallow well for domestic use, but next to that well is a pit-latrine. You can, therefore, imagine the level of contamination that is going underground. They are not sinking boreholes that go to 45 metres,” he said.