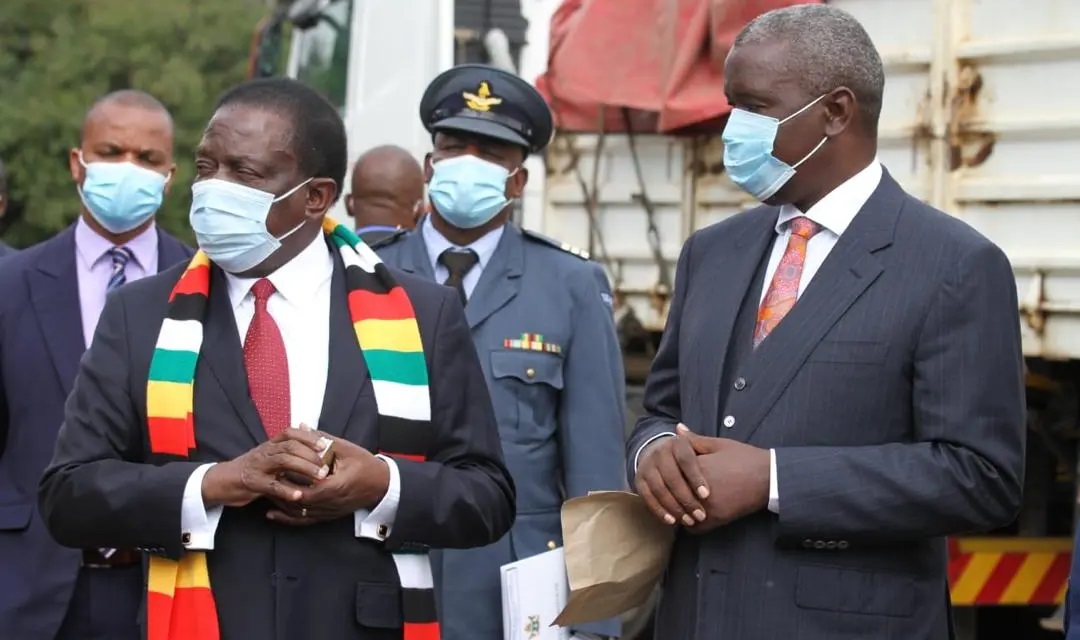 The sanctions target cases of serious corruption which have deprived developing countries of vital resources. The measures will also apply to any companies owned or controlled by Tagwirei.

The UK has described Tagwirei’s profile stating: “Both Sakunda and Tagwirei, as its CEO and owner, profited significantly from the misappropriation of property at the expense of wider macroeconomic stability in Zimbabwe, in one of the most serious incidences of corruption under the current government.”

Raab accused Tagwirei of driving corruption in the country, resulting in microeconomic instability.

According to the British government, Tagwirei “profited significantly from the misappropriation of property at the expense of wider macroeconomic stability in Zimbabwe, in one of the most serious incidences of corruption under the current government.”

“His company, Sakunda Holdings, redeemed government of Zimbabwe Treasury Bills at up to 10 times their official value. His actions accelerated the deflation of Zimbabwe’s currency, increasing the price of essentials, such as food, for Zimbabwean citizens,” it said.

Tagwirei was also placed on United States sanctions, accused of corruption and abetting authoritarianism in Zimbabwe.

For years, he dominated the fuel industry before he moved to mining.

“The action we have taken today targets individuals who have lined their own pockets at the expense of their citizens,” Raab said.

“The UK is committed to fighting the blight of corruption and holding those responsible for its corrosive effect to account.

“Corruption drains the wealth of poorer nations, keeps their people trapped in poverty and poisons the well of democracy.”

Tagwirei is one of five people on the second UK Global Anti-Corruption sanctions list.

He said the sanctions would ensure the targeted individuals would no longer be able to channel their money through UK banks or enter the country.

The UK sanctions on Tagwirei: “The UK will impose asset freezes and travel bans against these individuals to ensure they will no longer be able to channel their money through UK banks or enter the country.”

Yesterday, the US welcomed the UK’s decision to slap the five “corrupt individuals” with sanctions.

In a joint statement, Treasury secretary Janet Yellen and Secretary of State Antony Blinken said: “We commend the UK’s actions today against four corrupt individuals already designated by the US and a fifth whose US-based assets purchased with corrupt proceeds were successfully forfeited in US courts.”

They added: “Corruption has a corrosive effect on society: it undermines democratic institutions, hinders economic development, drains the wealth of nations, and keeps people in poverty. The US is committed to working with, and supporting, our partners and allies in the fight against corruption. Today’s action by the United Kingdom is an important step in this effort.”

They said the US woulwd continue working with the UK and other like-minded allies and partners to impose tangible and significant consequences on those who engage in corruption, as well as to protect the global financial system.

Biden said: “I establish countering corruption as a core United States national security interest … prevent and combat corruption at home and abroad; and make it increasingly difficult for corrupt actors to shield their activities.”

The action will lead international efforts to bring transparency to the global financial system and close loopholes that undermine democracy.