HARARE – Investors from the United Kingdom are shunning Zimbabwe mainly because of concerns over property rights and a compromised judiciary, the country’s minister for Africa James Duddridge said Wednesday. 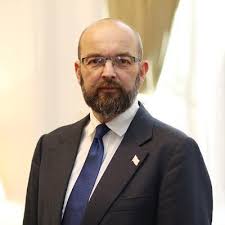 HARARE – Investors from the United Kingdom are shunning Zimbabwe mainly because of concerns over property rights and a compromised judiciary, the country’s minister for Africa James Duddridge said Wednesday.

In an op-ed published in South Africa, Duddridge said far-reaching political and economic reforms are needed for Harare to attract overseas capital.

“These areas can be improved through genuine political and economic reform and with greater investment, the economy can be rebuilt for all Zimbabweans.”

President Emmerson Mnangagwa’s “Zimbabwe is open for business” campaign has failed to calm especially western investors who have watched the country hopping from crisis to crisis for close to two decades.

The seizure of white-owned commercial farms without compensation, including those protected under bilateral agreements, still haunts the country.

“In 2017, President Emmerson Mnangagwa committed to reforms to bring legislation and practice in line with Zimbabwe’s constitution. This is encouraging. But sanctions will be retained for as long as the human rights situation in Zimbabwe justifies them,” Duddridge added.

“The UK is committed to supporting Zimbabwe’s long term success. But the onus is on the Zimbabwean government to show it is willing to take steps to make the critical political and economic reforms the country needs.

“Until then we will not shy away from defending human rights,” he said.

Newer Post
JUST IN: Vaccine to be given for free to citizens
Older Post
Relations between Pakistan and Southern African countries are moving towards the best, SA Ambassador