In a meeting in London with Foreign Affairs and International Trade Minister Dr Sibusiso Moyo yesterday, British Minister of State for Africa at the Foreign and Commonwealth Office Ms Harriet Baldwin gave the reforms the thumbs-up, while UN communications specialist Mr Sirak Gebrehiwot made similar remarks in Masvingo while speaking to journalists on the sidelines of a media workshop on Monday.

In a statement last night, Secretary for Information, Publicity and Broadcasting Services Mr Nick Mangwana said the meeting between Minister Moyo and Ms Baldwin was encouraging as it would enhance bilateral cooperation between the two countries. 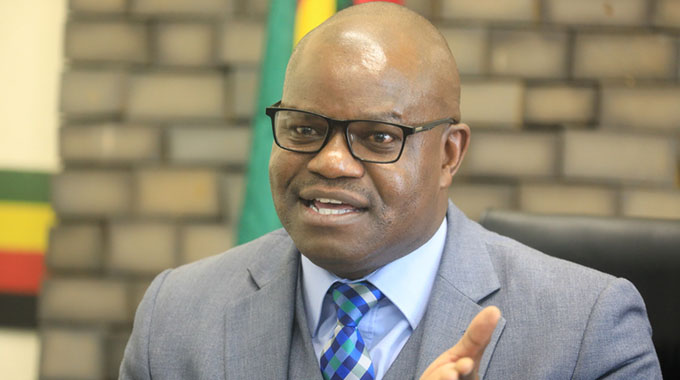 “Britain expects to cooperate better and more, following very encouraging reforms by Zimbabwe’s new Government in legislative, economic and the media. This came out of a meeting between Minister of Foreign Affairs and International Trade Honourable Lieutenant-General (Rtd) Dr Sibusiso Moyo and the British Minister of State for Africa at the Foreign and Commonwealth Office, Harriet Baldwin, in London,” said Mr Mangwana.

He is also expected to attend the Global Conference for Media Freedom which started yesterday.

The conference is being co-hosted by the British and Canadian governments.

In Masvingo, the UN hailed media reforms being undertaken by the Government through the promulgation of laws to promote access to information and media freedom in line with international best practices.

Speaking to journalists on the sidelines of a media workshop in Masvingo on Monday, Mr Gebrehiwot said the UN was happy with progress made by the Government with regards to media freedom.

“So far there are three Bills tabled before the Cabinet,” he said.

“One relates to broadcasting services, the other on data protection and the third one freedom of information. These are Bills that have been aligned to the Constitution and they offer good space for media, but at the same time they protect personal data.

“These are global practices that are being contextualised in Zimbabwe in line with the country’s Constitution. As UN, we are happy with all the process. We would have to see how these Bills will be ratified by Cabinet, by Members of Parliament and later on by the Head of State according the law of the land.

“But so far, the process, policy stakeholders seem to appreciate and there has been some comments from certain media institutions in terms of specific issues.

“This has been received by the Ministry of Information, Publicity and Broadcasting Services positively and they say they will take note of the issues that are transpiring from this discussion. So it has opened the space for debate, the space for amendments, and the space for promoting freedom of information which the United Nations stands for and support and also the fulfilment of the Declaration of Human Rights Article 19.”

On the food situation in Masvingo, Mr Gebrehiwot said together with Government and development partners they were intensifying efforts to move away from rain fed agriculture to irrigation trough engaging small-scale farmers.

He said there were already some irrigations projects already underway in the province being undertaken with the assistance of the UN, Government and development partners.

The workshop also focused on the Transitional Stabilisation Programme (TSP) rolled out by Government and its achievements so far and various UN engagements in terms of the Zimbabwe-UN development assistance framework.

The workshop was attended by journalists from both the public and private media.