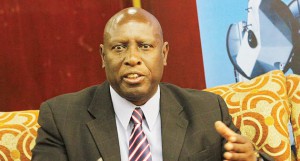 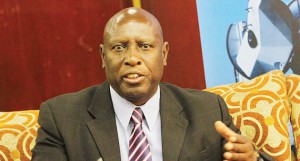 The project awarded in 2016 has not registered much progress despite Chivayo reportedly receiving the down payment allegedly in his personal account.

The matter was raised by Norton MP Temba Mliswa during the on-going 2018 budget seminar in Victoria Falls just after Undenge’s presentation on energy.

“The ministry released $5 million that was given to Chivayo and we are trying to vote for a new budget. But it becomes difficult to deliberate on a new budget when there are some monies that are not accounted for,” he charged.

“We need to know why he was given the money and nothing has been happening. As we speak, another consultancy company has taken over which shows that there was a scam because he has failed. So that money must be refunded to government. There are other allegations that part of the money was deposited to your account so we need receipts pertaining to all these issues before we pass the budget. Monies are being misappropriated so you need to account first before we approve.”

Undenge agreed disbursing the money, but could not explain how it was used.

“So for you to be clean, you need to show us everything and all the requisitions required together with what went to your account and further explain why it was so,” another MP said in response to Undenge.

This prompted Speaker of the National Assembly, Jacob Mudenda, to suggest setting up a committee to investigate the allegations.

“We will assign a committee that will investigate the matter. We can’t pursue the matter and call for invoices that are against the standing order. The minister will give the investigation team all the documents to be fully distilled after the findings and that will be our point of departure,” he said after the matter had raised a lot of dust from other legislators.

Although the project is located in Spitzkop suburb, Intratek abandoned the site a few months after workers removed all earth-moving equipment from the site.

The $5 million released to Chivayo without a bond and reportedly against the advice of Zesa management, was supposed to cover feasibility studies, topographical survey, boreholes, clearance of site, the geo-technical survey, fencing of the site, way leaves and administrative structures.

Only feasibility studies, borehole siting surveys and the topographical survey have been done.