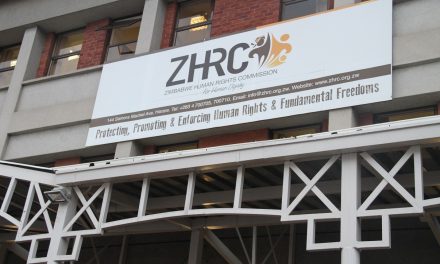 BY HARRIET CHIKANDIWA
THE Zimbabwe Human Rights Commission (ZHRC) has claimed that an unstable local currency and rising inflation were crippling its operations.

In a report presented to Parliament on Thursday, the commission also bemoaned underfunding and staffing challenges, while calling for an increased budget to ensure the smooth running of its activities.

The local currency has been losing value, resulting in a spike in the prices of goods and service.

The local currency is trading at US$1 to $310 on the black market and $145 at the official auction system.

“Address economic fundamentals that help to sustain a stable currency and support a decent standard of living for people in Zimbabwe. Timeously disburse funds to government departments involved in the fight against COVID-19 such as Health and Child Care and Public Service, Labour and Social Welfare ministries,” the report read in part.

“The budget (for ZHRC) is usually eroded by inflation and erratic disbursement of the allocated finances resulting in crippling of operations as the commission fails to procure such assets as pool vehicles, ICT (information communication technology) gadgets as well as fuel for field work visits.

“However, it is pertinent to acknowledge that the ZHRC has consistently received a constant budget in spite of the commission’s growing operational demands and increased staff levels.”

“The COVID-19 brought challenges for commissioners and staff such as the need for safe transport, laptops and data to be able to work effectively from home as well as the need for constant diagnostic testing and provision of PPE (personal protective equipment),” the report
added.

“The limited human resources capacity of the commission to cover a wider geographic area across the country remained a limitation in the work of the commission. Under-staffing due to freezing of posts resulting in increased pressure of work on the few sitting officers which affects quality of work.”

The report also bemoaned delays in the alignment of the ZHRC Act to the Constitution, saying this had affected the independence of the commission.