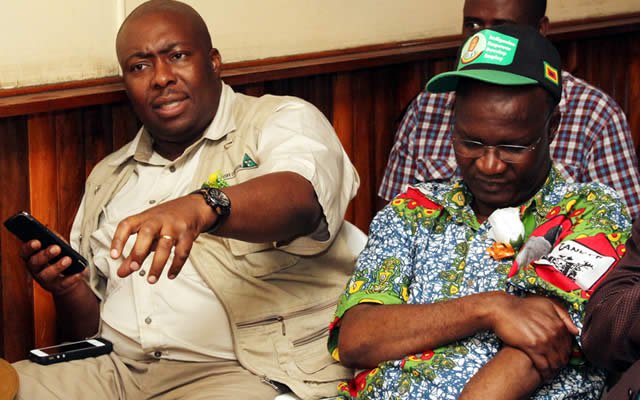 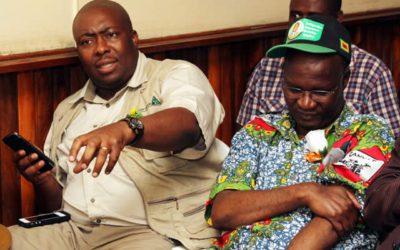 President Robert Mugabe’s 52-year-old wife rose from political obscurity
to the top ranks of the ruling Zanu-PF party women’s league secretary in
the Zanu PF politburo. She led the charge, leading to the ouster of Joice
Mujuru, her husband’s deputy for 10 years.

Vitriolic at most rallies, she addressed and, after the purge of vice
president Emmerson Mnangagwa, became the front-runner to succeed her
husband.

Grace is known for her lavish lifestyle with the Daily Telegraph referring
to her as “notorious at home for her profligacy” in its coverage of a 2003
trip to Paris during which she reportedly spent -L-75 000 (approximately
$120 000) in a short shopping spree.

She enrolled with the School of Liberal Arts, Renmin University of China
in 2007, studying the Chinese language and graduated in 2011.

Grace is well-known for her vitriol at rallies.

Without doubt one of the most controversial figures, not only in Zanu PF
but the whole national political landscape, Jonathan Nathaniel Moyo was
born on January 12, 1957.

Initially a rabid critic of Mugabe and Zanu PF, Moyo – in a space of seven
years – went from being a fervent critic of the Mugabe government to being
its fiercest defender and then again to being one of its foremost critics, a
fact that renders him a mystery to many Zimbabweans.

An unquestioned propagandist and spin-doctor, Moyo has allegedly been the
brains behind the Generation 40 faction (G40) within Zanu PF, a faction in
the ruling party, which is rabidly opposed to Mnangagwa succeeding Mugabe.

After serving as the spokesperson for the Zimbabwe Constitutional
Commission between 1999-2000 after his stint as programme officer for Ford
Foundation in Kenya, Moyo was to become Zanu PF’s general election
campaign manager in 2000.

He left Ford Foundation under a cloud after allegations that he had
embezzled $88 000 from the organisation. Has had two spells as Information
minister between 2000-5 and then 2013-15. Moyo crafted and defended the
Broadcasting Services Act (BSA) (2001), the Zimbabwe Broadcasting
Corporation (Commercialisation) Act (2003), the Access to Information and
Protection of Privacy Act (Aippa) (2002), the Public Order and Security
Act (2002) which attracted condemnation for him as people felt he was
attacking freedom of expression.

One of his most unpopular decisions was the closure of the Daily News in
September 2003. He beamed with pleasure and satisfaction when Chief
Justice Gubbay resigned after being threatened by Joseph Chinotimba and
other war veterans.

When the Daily News was shut down, he claimed: “The Daily News is a victim
of the rule of law which it had been preaching since 1999.”

In Zanu PF quarters, he must have been a very effective tool in dealing
with the hurricane of an emergent and strong Movement for Democratic
Change (MDC), which was borne out of an equally vibrant Zimbabwe Congress
of Trade Unions

Hogged the limelight with controversy surrounding community share
ownership schemes during the time he Kasukuwere ran with Mugabe’s
indigenisation programme, forcing foreign investors to surrender 51
percent in their business stakes to locals.

Currently secretary for the commissariat in the Zanu PF poliotburo,
Kasukuwere has been fighting in the G40 corner alongside Jonathan Moyo,
Patrick Zhuwao among others.

He has been the member of Parliament for Mount Darwin South Constituency
and is currently Local Government minister having moved through the Youth
and Indigenisation as well as Climate ministries. Kasukuwere is detained
by the military together with Moyo, Chombo, Chihuri and Kudzanai Chipanga.

He was born on August 1, 1952 and is former University of Zimbabwe
lecturer who comes from Zvimba – Mugabe’s home area.

Has moved from Local Government, Home Affairs to Finance – a key ministry
in Mugabe’s Cabinet. Many observers suspect his move to the Finance
portfolio was a G40 strategy to control the fluid flow of funds from
Treasury. Chombo is also detained by the military.

The 35-year-old is Zanu PF youth leader and Mugabe’s praise-singer.

Chipanga organised nationwide presidential youth interface rallies used by
Grace and her husband to attack Mnangagwa and his allies.

Chipanga’s waterloo came after he read out a speech denouncing Zimbabwe
Defence Forces Commander General Constantino Chiwenga, a statement he has
since denied authoring following his detention by the military.

He was born on 23 May 1967 to Sabina Mugabe (Robert Mugabe’s sister) and a
Mozambican father.

Although Zhuwao is a holder of five degrees – which include BSc Computer
Systems Engineering, MBA in Information Technology Management, BSc Hons
Economics, Masters in Management and Public and Development Management and
a MSc Economics from the University of Zimbabwe – his most important
“qualification” is that he is Mugabe’s nephew.

This has undoubtedly been the passport he has used to shuttle between
different Cabinet portfolios in his uncle’s Cabinet.

While at the Youth ministry, Zhuwao caused confusion on the terms of the
controversial Indigenisation law.

He has been a key member of the G40 faction. He is reportedly out of the
country at present.

Newer Post
Moral hazard of repression
Older Post
AS IT HAPPENED: ‘This is a great day’: Zimbabweans revel in Mugabe’s ruin