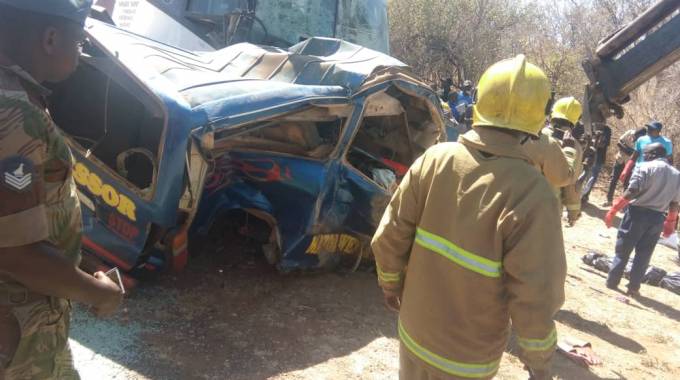 One of the pictures of the accident circulating on social media.

Blessings Chidakwa in Kadoma
13 people died on the spot while 31 others were injured in a road accident involving a Chawasarira bus and a commuter omnibus that occurred near Kadoma tollgate along the Harare-Bulawayo Highway today.

The accident occurred at around 9 am after the tollgate near Muzvezve River.

“13 people died on the spot while the bus driver lost a limb with several others injured. The bus was heading towards Kwekwe when a commuter omnibus going towards Kadoma made a sudden u-turn in front of the bus resulting in the accident. 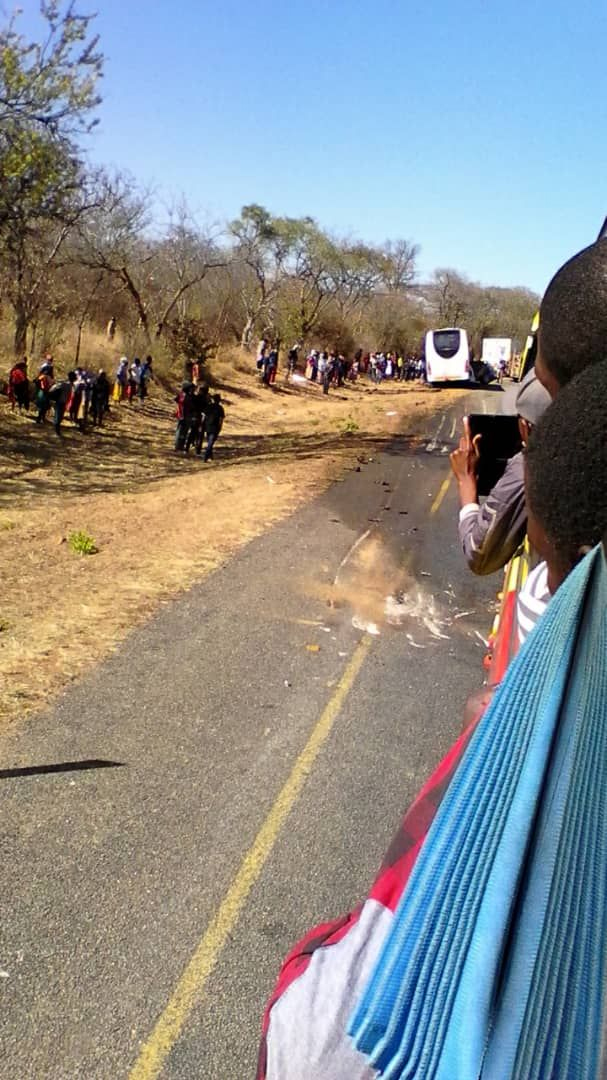 “The commuter omnibus was dragged by the bus for about 72 metres while everyone onboard was trapped,” he said.

“We attended to 31 patients but they have all been discharged, except for one who has been transferred to a Harare hospital, l suspect it is the bus driver,” he said.

The owner of the commuter omnibus, Mr Datsun Mapfumo said the vehicle plies local routes and was coming from Donain, Venice heading to Kadoma.