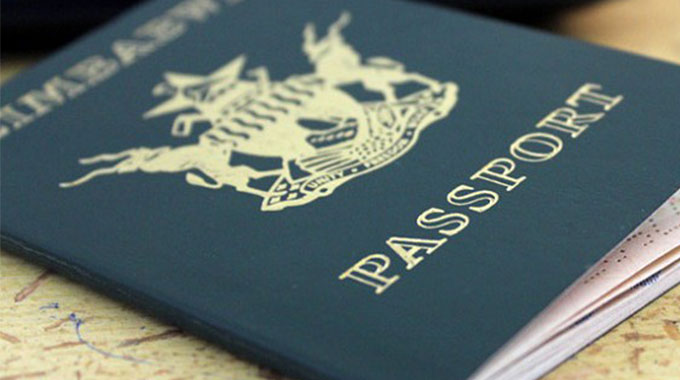 BY MIRIAM MANGWAYA
GOVERNMENT has scrapped the US$20 electronic passport (e-passport) application fee following a public outcry over its controversial decision to award CBZ Bank the monopoly to process the application fees.

Government last year gazetted Statutory Instrument (SI) 273 of 2021 to introduce the new e-passport pegged at US$100, with an extra passport application fee of US$20 that was to be processed at CBZ Bank only.

The decision to award CBZ the sole right to process passport fees was also made without subjecting the process to tender.

Yesterday, Home Affairs minister Kazembe Kazembe gazetted SI 3 of 2022 to rescind its earlier decision to charge the US$20 application fee from passport seekers.

But under the new statutory instrument, the gazetted fees for both the ordinary and emergency passports will remain the same.

“It is hereby notified that the Minister of Home Affairs and Cultural Heritage , has in terms of section 22 of the Citizenship of Zimbabwe Act [Chapter 4:01], made the following regulations: These regulations may be cited as the Citizenship (Passport Fees) Regulations, 2022. The fees payable for obtaining one’s passport shall be (a) passport issued on non-emergency US$100 (b) emergency passport US$200.”

Efforts to get a comment from Kazembe on why he had scrapped the application fee were fruitless as he was not picking up calls.

But observers reacted differently to government’s latest decision, with some arguing that government had succumbed to public pressure over the irregularities in awarding CBZ the monopoly to process the application fees.

On December 16, 2021 the Zimbabwe Lawyers for Human Rights wrote to Kazembe, demanding him to furnish them with the procedures and criterion that he had used to select CBZ Holdings as the only bank authorised to receive and process the passport application fee of US$20.

The lawyers also challenged Kazembe’s decision to phase out old passports by December 31, 2023 and stipulate e-passport fees, arguing that he did not have constitutional powers to make such orders.

“Must be hard being a regime enabler,” political analyst Alex Magaisa tweeted yesterday.

“When we criticised regulations that gave CBZ Bank a dodgy statutory monopoly to collect a US$20 passport application administration fee, they went into overdrive defending it. Now that it’s been removed, they must switch and praise government!”

Academic Nhamo Mhiripiri said: “Every government should have an antenna to sense what the popular opinion is and whether that popular opinion is valid. And if it goes against the grain of popular opinion, it is likely to suffer from unpopularity and public disgruntlement. So when a government claims to be sensitive to the needs of the people, it means it should not be ashamed of making such reversals.”