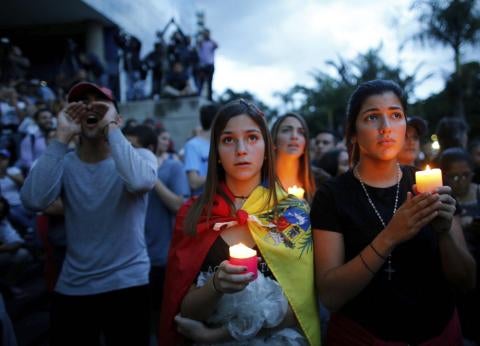 This submission highlights developments and concerns about Zimbabwe’s compliance with its international human rights obligations under the administration of President Emmerson Mnangagwa. It focuses on the Zimbabwe government’s failure to implement reforms and the recent, drastic deterioration in the country’s human rights situation. During its last Universal Periodic Review (UPR) in November 2016, the government of Zimbabwe committed to improving human rights by implementing the 154 recommendations proposed.  Despite these commitments, the government has made little progress on human rights reforms.

One of the Zimbabwe government’s few positive steps on human rights was the amendment of the Education Act in March 2020. The amendment prohibits corporal punishment and the exclusion of pregnant girls from school in accordance with the right to education under the constitution and human rights law. Prior to this amendment, many students had suffered corporal punishment in Zimbabwe’s schools. In a significant step for disability rights, the law mandates every school to provide suitable infrastructure for students with disabilities and requires authorities to ensure that schools protect the rights of students with disabilities.

Zimbabwe’s constitution, enacted in May 2013, has an expansive Bill of Rights. During the 2016 UPR process, Zimbabwe accepted recommendations to harmonize all laws with the 2013 Constitution and ensure they are implemented in full accordance with international human rights standards.  However, the authorities have yet to align the country’s laws to the provisions of the constitution. For instance, the government has yet to establish an independent complaints mechanism for the public regarding conduct of the security forces. An expected legislative framework and new or amended laws to improve human rights in line with the constitution have yet to materialize.

Human rights have continued to decline during Mnangagwa’s presidency. Unidentified assailants, suspected to be state security agents, abducted and tortured more than 70 critics of the government during 2020. Security forces also continued to commit arbitrary arrests, violent assaults, abductions, torture and other abuses against opposition politicians, dissidents and activists. In July 2020, police arrested prominent journalist Hopewell Chin’ono and Transform Zimbabwe Party leader Jacob Ngarivhume after they called for nationwide anti-corruption protests. Zimbabwe’s longstanding and severe water and sanitation crisis was worsened by the coronavirus pandemic and the government’s imposition of a continuing nationwide lockdown that has been repeatedly extended to slow the spread of the virus. The lockdown entails restrictions in travel, prohibition of non-essential inter-province movement, and a curfew requiring businesses to close by 3:30 p.m. The government has failed to ensure justice and accountability for serious past abuses.

President Mnangagwa’s government should take concrete steps to end rights violations, uphold the rule of law, and fairly bring to justice those responsible for abuses.

Torture and other ill-treatment of detainees by police and members of Zimbabwe’s intelligence services remain a serious and systemic human rights problem in the country, despite the government’s committing to “cease ungrounded arrests and detentions, as well as the excessive use of force, torture, intimidation and harassment, interference and anti-protest discrimination” during the 2016 UPR. The government has taken no significant action to halt the torture and ill-treatment of individuals, including opposition supporters and civil society activists, in the custody of the police or intelligence services.

Acts of torture that Human Rights Watch has documented include severe beatings that involve victims being punched, kicked, and struck with batons; beatings on the soles of the feet; repeated banging of detainees’ heads against walls; and the shackling of detainees in painful positions. In some cases, torture is used as an element of coercive interrogations, while in others it is used as a form of punishment for activists’ perceived leanings or intentions. The authorities rarely investigate allegations of torture against police or intelligence officers.

In 2020, unresolved cases of abductions and abuses, including torture, of government critics escalated without the abductors being brought to justice. In the last year, over 70 government critics were abducted and later released by unidentified men suspected to be state security agents. On the eve of the July 30 anti-corruption protests, security forces raided the Bulawayo home of Mduduzi Mathuthu, a prominent journalist and editor of the online newspaper Zimlive. Failing to find him, they arrested his family members, including his nephew, Tawanda Muchehiwa. The security agents allegedly tortured Muchehiwa. The torture resulted in serious injuries, including extensive bruises and an acute kidney injury.

On September 18, 2020, Zimbabwe National Students Union (ZINASU) leader Takudzwa Ngadziore was attacked and abducted by unidentified men while addressing a press conference to protest the torture of Muchehiwa. After his release by the abductors, he was later arrested by police on charges of inciting public violence.

In May 2020, three Movement for Democratic Change (MDC) Alliance members, Cecilia Chambery, Netsai Marova, and member of parliament Joanna Mamombe, were abducted from police custody by suspected state agents after their arrest for taking part in a peaceful protest in Harare. The protest concerned the government’s failure to support vulnerable communities under the Covid-19 pandemic lockdown. Their abductors assaulted and sexually abused them. They were then dumped in Bindura, 80 kilometers from Harare. While receiving treatment for their injuries, the trio was arrested at the hospital and charged with making false reports about their abduction. At time of writing their trial was still ongoing.

Very few government officials implicated in past serious rights violations have faced prosecution. Zimbabwe’s long history of impunity for politically motivated crimes by the security forces has worsened the political crisis. Those implicated in crimes in the past have remained free to carry out further violence and other abuses. Police have routinely refused to act against ruling party ZANU-PF supporters and militia implicated in political violence.

Public confidence in the judiciary and police–especially regarding independence and impartiality–has been eroded through constitutional amendments that gave the president powers to appoint senior judges. There have been no investigations into the role of senior government, military, and ruling party officials implicated in mobilizing and instigating militia forces responsible for election-related violence.

The authorities have failed to ensure justice in cases of abductions and torture committed in in the last three years, including the abduction for four days by unidentified persons on September 14, 2019 of Dr. Peter Magombeyi, then-leader of the Zimbabwe Hospital Doctors Association. He had organized a series of protests to demand better salaries for public health workers. He fled the country a week after his release.

Other unresolved cases of abduction by masked and unidentified men in 2019 include those of Obert Masaraure, Samantha Kureya (known as “Gonyeti”), and Tatenda Mombeyarara. Masaraure, the national president of the Amalgamated Rural Teachers Union of Zimbabwe, was seized from his home in Harare on January 18, 2019, and beaten severely with leather whips. Kureya, a popular Zimbabwean comedian and government critic, was abducted, severely beaten, and forced to drink raw sewage by six masked gunmen in August 2019. Finally, activist Mombeyarara was also abducted in August 2019 and beaten severely. He was left with a broken left leg and finger by the abductors, who accused him of organizing anti-government protests.

The Mnangagwa administration has so far failed to implement recommendations of the Motlanthe Commission of Inquiry, established to investigate widespread violence in the aftermath of the August 2018 elections. In its report presented to President Mnangagwa in December 2018, the commission found that 6 people were killed and 35 others injured by state security forces. It recommended that perpetrators be held accountable and that compensation be paid to families of the deceased and those who lost property.

The Zimbabwe government has failed to investigate all cases of politically motivated violence, including the circumstances surrounding the enforced disappearance of human rights defender Itai Dzamara, and ensure that those responsible are brought to justice, as the commission recommended.

Schools were closed at the end of March 2020 for at least six months as a public health measure during the Covid-19 pandemic. The closure affected about four million children across the country. The school calendar was further disrupted in June 2021, owing to a surge in Covid-19 cases.

The Zimbabwe government failed to provide continuous and affordable access to sufficient safe water to people across the country. Access to safe water is an important measure to combat the Covid-19 pandemic.

Zimbabwe’s longstanding severe water and sanitation crisis was worsened by the coronavirus pandemic and the government’s imposition on March 30 of a nationwide lockdown to slow the spread of the virus. Over two million people in the capital, Harare, and the greater metropolitan area incorporating Chitungwiza, Epworth, Ruwa and Norton, have no access to safe drinking water or adequate waste and wastewater disposal services. Thousands of women and school-age children spend long hours at crowded boreholes or narrow water wells to get safe, clean water.

The spread of the virus in Zimbabwe posed major risks to those in the country’s prisons and detention centers. These facilities remained unsanitary, overcrowded, and with no running water in cells for detainees to comply with recommended hygiene practices to stem the virus’ spread. In March, the government acknowledged that Zimbabwe’s prisons, with a capacity of 17,000, had a population of 22,000.

Between March and June 2021, the government released 4,208 prisoners under a presidential amnesty order. Too many however remained behind bars to allow for social distancing. Although masks are issued at prisons, many inmates and some wardens do not use them, partly due to insufficient understanding about protection against the virus.

The Zimbabwe authorities continue to violate the rights of lesbian, gay, bisexual and transgender (LGBT) people that are guaranteed in the 2013 constitution and protected under international law. The harassment by state agents of LGBT people continues to drive many underground.

Prevent and punish discrimination and harassment of LGBT people.