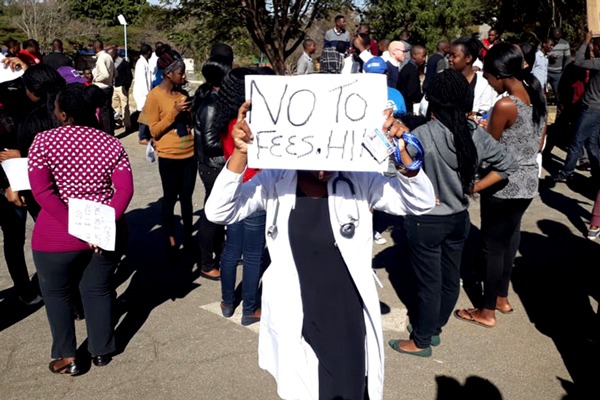 Anti-riot police camped at the university premises as early as 6 am to disrupt the protest.

“Yes, there are students who were protesting against the new fee hikes that were arrested.

“They were taken to Avondale and later to the central police station.”

Assistant Commissioner Paul Nyathi said he was not yet privy to the case
“l have not yet been briefed on the matter.”

Allan Chipoyi, chairperson of Project Vote 263 which has been facilitating and encouraging young people to register to vote is among the arrested.