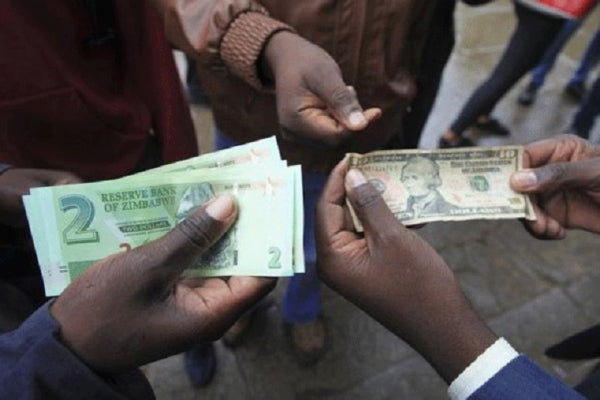 The socio-economic situation in our country has once again moved to another painful level.

In the aftermath of the economic meltdown that became more pronounced in October last year, Zimbabweans have demonstrated tremendous resilience and patience in the face of an unrelenting and worsening socio-economic situation. Since then, the long suffering citizens have witnessed the situation deteriorating from one level of hardship to another, with statutory instruments and policy directives often punctuating and introducing each level. I sometimes wonder how many more levels are left to endure before we cross over to Canaan.

As a youth whose social life revolves around social media especially WhatsApp, I’ve noticed that with power outages stretching for 18 hours or more and now affecting individuals both at home and at workplaces, being offline is now more likely a power than a data problem.

Also, although prices of basic commodities have risen 15-20 times when salaries have barely doubled, family heads now frown whenever they have visitors — not because they are concerned pantries and fridges may be left empty, but because perchance the guests may request to use the toilet — and there is no water! Things change.

And speaking of change, this calls to remembering how we used to complain about Econet’s EcoCash tariffs, which many considered unfairly high and amounting to daylight robbery.

Who would have imagined that a time would come when we, together with law enforcement agents would neatly queue voluntarily to buy cash at wildly punitive rates from EcoCash agents?

That is why I initially received the news that the Reserve Bank of Zimbabwe had effectively banned cashbacks and EcoCash with a sense of excitement and relief. But by day end the euphoria quickly dissipated as I still had to buy cash to go home, finally realising that the Apex bank had essentially thrown away the baby together with bathwater.

Thus we welcomed the Bank’s subsequent policy climb-down on EcoCash, although it seems lost on the Bank that the transacting public is back to the dreaded but inescapable square one, now buying the cash at higher rates than before.

It deeply pains the heart to surrender 50% of your hard-earned income to EcoCash agents who are basically taxing and further diminishing the already meagre portion of our disposable incomes by creating yet another leakage in the spending flow given the ongoing austerity measures.

There is therefore still an urgent need for a win-win intervention by authorities, this time waging a surgical raid targeting only the criminal elements around the EcoCash platform.

To hit this seemingly elusive target, authorities have to first acknowledge the existence of a fullfledged cash industry run by an organised syndicated system which has bestowed de facto bank status on EcoCash agents.

It is ironic that the primary suppliers of cash are the very individuals who come to buy it at huge premiums from EcoCash agents. The agents, as tertiary suppliers procure the cash from secondary suppliers, mainly vendors, public transport operators and private individuals; though it is not uncommon for a vendor to be an EcoCash agent.

Authorities must realise that the bulk of cash bought is mainly for the public’s daily commuting needs; which cash is later sold to EcoCash agents who in turn sell it to commuters.

Thus the most effective way to disrupt this cycle and end the unholy matrimony between EcoCash agents and bus operators is to extend the same payment liberties to the commuting public.

Platforms for electronic money should be introduced and adopted by all public transport operators, local and long distance alike; and everyone will be happy ever after. For instance, the remarkable success and the convenience that ZUPCO’s tap cards offer to commuters is testimony to the efficacy and practicality of paying commuting fares electronically.

Finally, given that the EcoCash users can move funds from their bank accounts to their EcoCash wallets, the government should simply institute a blanket ban on all agents for there is less need for cash-in. Those who should be allowed to continue are Econet shops and its flagship stores; TMs, Oks, Spars and other reputable businesses scattered across the country whose core business is not EcoCash.

These two measures, taken together might greatly relieve the suffering commuting public from the hardships associated with buying cash. Nevertheless, the headache caused by errant EcoCash agents may pale into insignificance with other broader socio-economic issues which equally demand urgent prioritisation. There is still urgent need for economic and political reforms that put the economy back on track to create meaningful employment opportunities for all.

Presently I’m just more concerned with a slew of basic things we cannot do and enjoy anymore as a direct result of the worsening socio-economic situation, which for better or for worse has gone to another level.

We can’t buy, we can’t chat on our phones, we can’t travel, we can’t visit; and worse of all, we can’t go to the toilet!

This is unbearable and abnormal and at this rate in this direction, we can’t afford to go to yet another level.

 Livison Bhebhe a political commentator and writes in his personal capacity