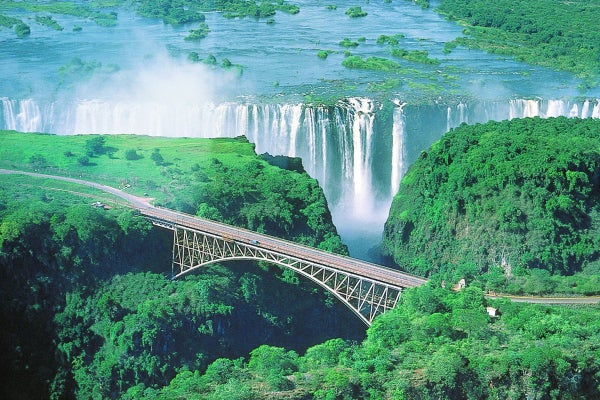 TOURIST arrivals at Zimbabwe’s prime resort, Victoria Falls are expected to increase by 20% this year largely driven by international source markets, an official has said.

Zimbabwe’s source markets include the United Kingdom, United States of America, Australia, Germany, and South Africa, among others.

Employers Association of Tourism Operators president Clement Mkwasi told NewsDay that the number of visitors to Victoria Falls, the southern African country’s flagship destination, is expected to grow by 20% over 2018 figures.

“We seem to be okay and our peak season has started. We are targeting a 20% growth this year. So far we are on course,” Mukwasi, who is an executive of the Shearwater Adventures Group, said.
Mkwasi said the tourism industry in Victoria Falls was booming, with most hotels almost fully booked. He encouraged people to make their bookings early lest they fail to secure accommodation for the festive season.

Zimbabwe’s tourism sector is estimated to have generated US$1,050 billion in receipts from international tourists last year, marking a 7% growth from US$917 million in 2017.

The country recorded 2,6 million international tourist arrivals in 2018, a 6% jump from the 2,4 million received in 2017. The growth in arrivals was driven by the notable growth in arrivals from all source regions and most major markets with the exception of the Americas.

However, Mukwasi raised concern over price distortions currently obtaining in the economy.
“The only problem that we are facing as an industry is price distortions. Otherwise everything is okay,” he said.

The sector is currently in a catch-22 situation, with players now failing to even budget on a monthly basis due to price instability.

The southern African nation is reeling under an economic meltdown, with inflation reaching alarming levels due to the continued devaluation of the local currency after the central bank recently removed exchange rate controls on the bond note.

Tourism Business Council of Zimbabwe chief executive officer Paul Matamisa recently told this publication that price instability was making the tourism industry uncompetitive and continues to threaten viability and growth of the sector. Mukwasi said fuel supplies have improved in the resort town. Tourism is one of the country’s biggest foreign currency earners, having raked in about US$335 million in visitor exports in 2018.