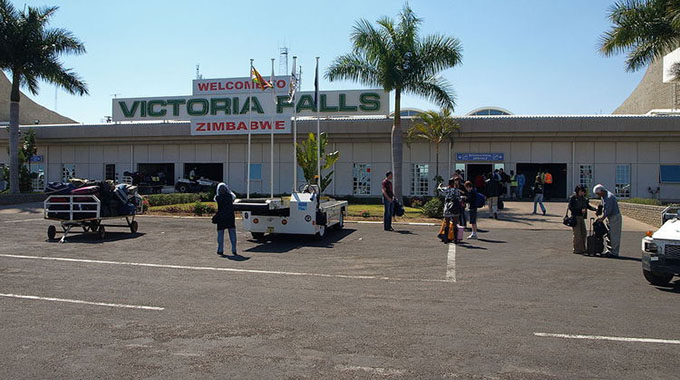 Due to a rise in campaigns to promote domestic tourism, local visitors to the Victoria Falls have risen

Statistics from the Zimbabwe Parks and Wildlife Management (Zimparks), show that arrivals rose to 6 147 this year compared to 4 877 last year.

International tourist arrivals rose “exponentially” this year to 2 643 from 2 200 over the same period last year. The number of visitors from across the continent, particularly the Southern region, also increased to almost 1 500 from 977 last year.

Due to a rise in campaigns to promote domestic tourism, local visitors to the Victoria Falls also rose to 2 004 from 1 700 last year.

Zimparks public relations manager Tinashe Farawo, told The Herald Business recently that the surge in arrivals at the majestic Victoria Falls has been driven by political stability.

Mr Farawo said there is policy consistency in Government and a strong desire to support the tourism sector, which is seen as central to quick economic turnaround.

“One of the reasons why we have recorded this increase in arrivals is the political stability that we are witnessing in the country, and the willingness of this Government to ensure that tourism is prioritised as a low hanging fruit, as something which can benefit this country,” said Mr Farawo.

“We have had a lot of support from the President (Emmerson Mnangagwa) himself, the Minister (of Tourism and Hospitality Industry Prisca Mupfumira) to ensure that we record such successes.

“Obviously, we are happy with these figures and we look forward to see the numbers continuing to grow going forward because this Government is speaking with one voice to say, ‘let’s make Zimbabwe open for business’ and be attractive to everyone so that we grow our economy.”

Zimbabwe expects tourist arrivals to rise to 2,5 million this year from 2,1 million last year, driven by several factors including political stability and the domestic tourism campaign. Hoteliers are already re-modelling their operations by introducing specials for both food and hotel rooms, as they seek to liberalise access mainly by the low income earners.

In the African context, walking into a hotel, let alone purchasing food and spending a night there, used to be associated with rich businesspeople and foreigners.

But all that is changing now due to interventions by Government.

In the last 18 years, tourist arrivals have plummeted from the peak of almost 2,5 million in 1999 to 1,9 million in 2008 due to bad blood between Zimbabwe and its major source markets, especially in Europe.