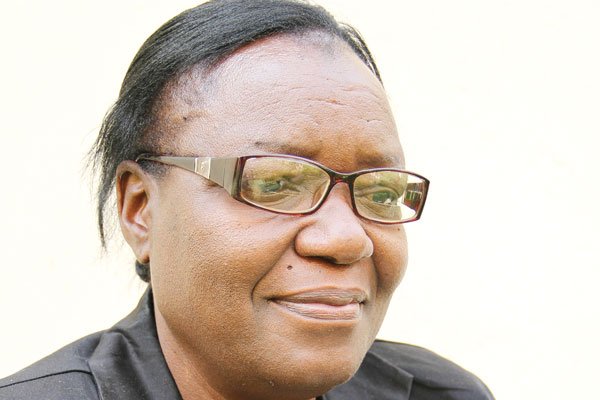 Mohadi and Tambudzani are in the middle of a nasty divorce and the matter is still pending at the High Court.

However, on Wednesday, the Zanu PF Beitbridge Senator filed summons against Mutavhatsindi, who is yet to enter an appearance to defend.

Tambudzani, under case number HC8792/18, and through her lawyers Scanlen and Holderness, said she was still married to Mohadi in terms of the Marriage Act.

Mohadi, who is currently the Acting President while President Emmerson Mnangagwa is attending the United Nations General Assembly in New York, the United States, has said he married Tambudzani in 1981 and they lived together before separating in 1999.

Tambudzani also said she was claiming interest thereon at the prescribed rate from date of judgment to date of payment plus costs of suit.

Early this month, Mohadi was granted a protection order by a Harare magistrate, barring Tambudzani from issuing threatening messages and influencing the couple’s children to turn against him.

In terms of the court order, whose details have been kept a secret by court officials and Mohadi’s lawyers, but were confirmed by Tambudzani, who said she has also been barred together with her children from selling the couple’s matrimonial property before finalisation of the divorce.

The granting of the protection order in Mohadi’s favour followed his petition urging the court to determine the case as a matter of urgency, saying he feared for his life because Tambudzani had been calling him on his mobile phone and issuing threatening messages.

In September last year, Mohadi approached the High Court in Bulawayo seeking nullification of the couple’s marriage, claiming their marriage had irretrievably broken down.

On August 10 this year, Mohadi petitioned the court in Harare seeking a protection order against his wife on the basis that violence against him had escalated to an unprecedented level.

He said he started witnessing harassment and violence just after Tambudzani received summons seeking divorce against her.

Mohadi said Tambudzani had even gone to the extent of influencing the pair’s children to turn against him and to dispose of the couple’s matrimonial property.

Meanwhile, the Vice-President has also decided to transfer his divorce matter from Bulawayo High Court to Harare, where the case has been allocated a new case number as it awaits determination by a Harare judge.