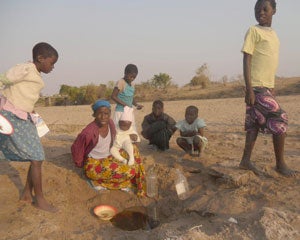 Masvingo villagers say awareness programmes being carried out by the Postal and Telecommunications Regulatory Authority of Zimbabwe (Potraz) have helped them dealing with cyber safety issues.

The villagers attended one of the programmes at Nemamwa growth point in Masvingo yesterday.

Timothy Chikozho said such interactions with the regulator were key and called for urgent intervention by government on tariffs to ensure affordability by users.

“We are privileged to have such interactions with Potraz,” he said. “We now know what to do and where to go when we encounter problems with operators and it is something we learnt from this programme.

“The cost of data is now beyond our reach. We can’t connect via data and it is becoming a challenge.

“We want to appreciate your education through such programmes, they open our eyes on ICTs.”

Agnes Bhasera said Potraz should continue with awareness programmes and also target schools and colleges as a number of abuses of technology were being reported there.

Consumers also pleaded with Potraz and government to intervene and ensure mobile data is accessible.

“We cannot access some networks here and it is becoming a big challenge.

“From what we learnt from Potraz today, we have a lot to use our mobile phones for, but there is very little coverage,” Marble Mabhena said.

Chaibva warned consumers against abuse of digital media platforms saying as a regulator, the safety and security of the users remains critical.

“We warn users against improper use of digital media platforms. Use them for your good and growth of our communities and not to harm yourselves or others,” he said.

“We have heard your challenges and your good words on what we are doing as Potraz and we will not tire to keep on coming and engaging you. We are there for you.”

He said Potraz was advocating for stiffer penalties against vandalism and theft.

This followed numerous reports of destruction and theft on base stations and infrastructure across the country.