Villagers up in arms with illegal tantalite miners 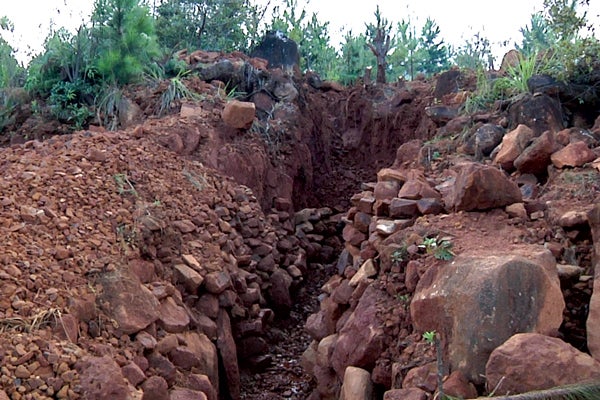 Villagers in Pfungwe are up in arms with illegal miners who are destroying the environment in search of tantalite mineral.

In a movie-like style, the illegal miners ransacked parts of Sowa area before they were intercepted by the local leadership, resulting in them fleeing from the area.

Speaking during a tour of the affected area, Uzumba Maramba Pfungwe (UMP) district administrator Douglas Hungwe revealed that his office was notified by the villagers on the presence of the illegal miners who were mining in the area using heavy machinery.

“We received a tip-off from the villagers and visited this area only to find some illegal miners operating there. They had heavy machinery and we were surprised that as the leadership we were not aware of their presence,” Hungwe said.

“I asked them for their papers and EIA (environmental impact assessment) certificate, but they failed to produce it. We alerted the police and as they were leaving with four loaded trucks they were arrested at a roadblock. We were later informed that they were fined for transportation of ore without permit.”

The illegal miners had dug deep gullies in the area as they searched for a yet-to-be-known mineral and silted two streams in the process. After the interception, they have since vacated the area leaving deep pits, uprooted trees and gullies which is detrimental to both humans and livestock.

Ward 5 councillor, Wilford Katsande told journalists that the miners were ferrying the rocks to Norton, saying they are used to produce dinner plates and ceramic tiles.

“After being notified by the villagers of the invasion by these illegal miners, I confronted one of the men who was operating a machine who revealed that they were taking the stones to Norton where they are used to produce dinner plates. I also gathered that the stone, which they were mining is rich in tin, tantalite and can be used to manufacture cement,” Katsande said.