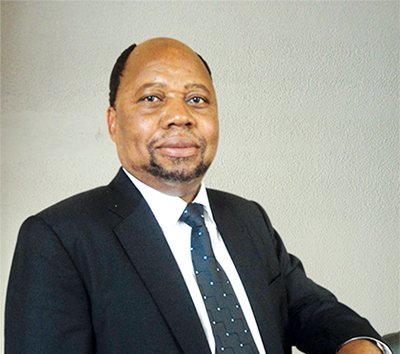 VETERAN banker Nicholas Vingirai stands to regain full control of his banking assets which were controversially seized by government in 2004 and later sold to ZB Holdings, once a deal to split the integrated financial services group has been agreed to. This will leave the banking unit remaining stand alone entity is hammered out, the businessdigest has established.

It emerged this week that plans to demerge ZB Holdings have had to be fast-tracked after a previous government brokered deal which saw government cede its 20% equity stake in ZB Holdings back to Vingirai, through his investment vehicle Transnational Holdings Ltd (THL, proved to be untenable.

Vingirai has been at loggerheads with the largest shareholder in ZB Holdings, the National Social Security Authority (Nssa), which owns a 37,79% equity stake in the group, which outrightly refused to recognise the deal.

The deal, which now stands to be shelved in place of the restructuring, has been punctuated by constant fighting over board appointments, a contentious dividend payment of US$2,7 million and Vingirai’s quest for a bigger equity stake in the ZB group.

ZB Holdings has been trading under cautionary since last November as the deal is ironed out.

“Shareholders and members of the public are advised that ZB Financial Holdings (ZBFH or company) is engaged in negotiations concerning a material transaction, which, if concluded, may have an effect on the price of the company’s shares,” said the group in the latest statement.

“Accordingly, shareholders and members of the public are advised to exercise caution and consult their professional advisors when dealing with the company’s shares until the full announcement is made or this cautionary is withdrawn.”

It is, however, still not clear what form the new deal will take and how the assets will be separated considering that ZB’s operations have been merged for over 10 years, but insiders with knowledge of the deal say the arrangement will be favourable to Vingirai.

Vingirai did not respond to questions emailed to him this week.

People close to the developments told businessdigest that the deal is almost complete.

Government, through the Reserve Bank of Zimbabwe, took over Intermarket, which Vingirai controlled through THL, under the guise of arresting a liquidity crunch, by bailing out troubled banks at the height of hyperinflation.

During that period, several owner managers were hurled before the courts facing various charges of financial impropriety.

Vingirai, who was at the centre of the alleged financial impropriety, was eventually cleared of the externalisation charges he was accused of in 2012, has since been contesting the takeover and incorporation of his banking group.

Industry players say, should the group be split, ZB’s balance sheet would be eroded significantly.