Source: Virus out of control – Zimbabwe Vigil Diary – The Zimbabwean 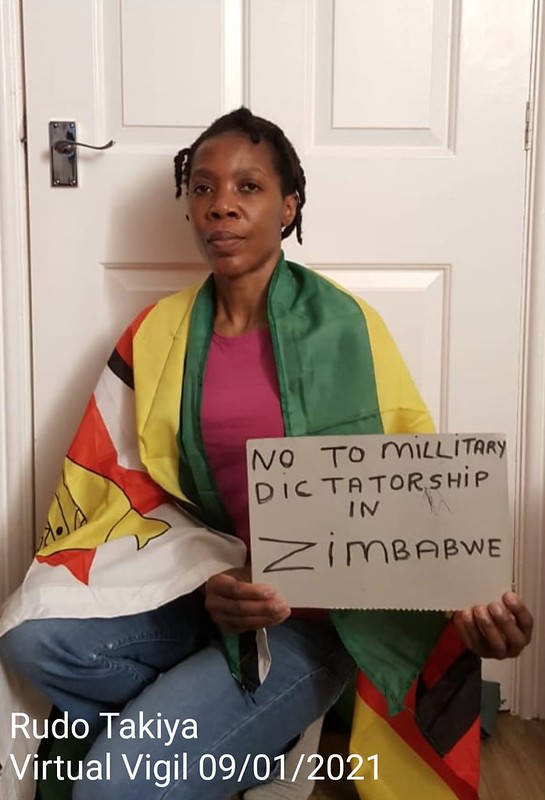 The disease has become even more contagious with the emergence of a variant form of the virus, which has run through South Africa and is now a major threat in Zimbabwe.

In the UK rapid progress has been made in vaccinating people. The National Health Service is under extreme pressure and vaccinations are seen as the only hope of taming the disease.

But the Times newspaper reports that doctors are being faced with patients who deny the virus exists, even when they are being treated for it. Conspiracy theorists are running riot on social media.

The President of the Royal College of Physicians Andrew Goddard said: ‘It is much worse than being told the world is flat or that the Moon landings were faked, people may die because of it. If the public think there is no crisis in hospitals and they don’t need to play their part, the virus will kill many more.’

The virus has taken hold now in Zimbabwe after hopes we would escape lightly. A Vigil activist visiting Zimbabwe is now on oxygen at one of the few hospitals that can help.

In London Vigil Co-ordinator Rose was this week injected with the vaccine because she is in her 70s. She said there was a slight discomfort in the arm afterwards but it soon passed and there were no other after effects. So far she has not grown a tail!

The Vigil urges everyone to take the vaccine if they are offered it. Until then the best advice is to observe the recommended constraints on social mixing. The police commander responsible for engaging with minority communities in London such as the Zimbabwe Vigil has asked our help in encouraging people to observe the latest restrictions. They include precautions against mixing with others after communal worship (see: http://www.zimvigil.co.uk/vigil-news/campaign-news).

All of us are now hearing of people struck down by this virus. It is not a passing inconvenience like flu. Even if you recover there can be long-term consequences. It is not only the old and vulnerable who are getting seriously ill. Even young people can be badly affected.