Voters’ roll: Thumbs up for ZEC 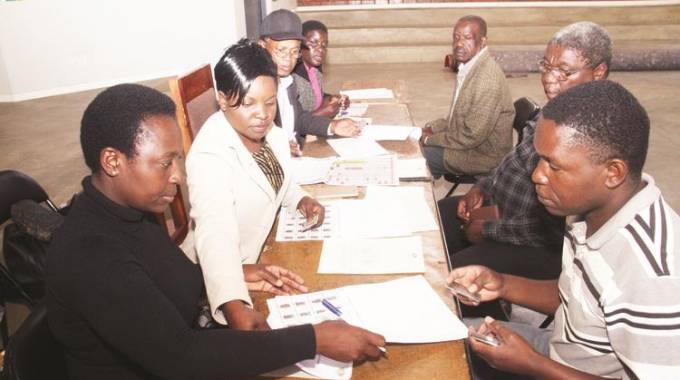 Paidamoyo Chipunza Senior Reporter
Registered voters have started making a beeline to various Zimbabwe Election Commission (ZEC)’s inspection centres dotted across the country to check for anomalies on their voting records with those seeking to register being referred to their ward centres.

Many have also embraced the electronic systems — mobile and online — of checking their voting status, a development that could have eroded long queues at inspection centres.

Although a few logistical challenges characterised the first-day of the voters’ roll inspection as well as registration, the process kicked off according to plan in most centres with most of the challenges having been addressed as inspection progressed into day two.

A snap survey by The Herald at some of the centres in Harare showed that most of the glitches that characterised the first day had been addressed.

“My second name, which appeared on both my national identity and my voting slip are omitted. After picking the anomaly yesterday (Saturday), they advised me that I should return today (Sunday) because they did not have the stationery to capture the correct details,” said Mr Andrew Mwoyowayo of Glen Norah C.

ZEC officials at St Peter’s Kubatana inspection centre, where Mr Mwoyowayo is registered, confirmed that they now have the stationery and were going to attend to the anomaly immediately.

Some inspection centres such as Harare High and Vainona Primary schools started inspection of the voters’ roll later than the scheduled 7:00am on day one due to delays in receiving material.

Mobile phones
“We received the voters’ roll a bit late such that a few of those who came in for inspection yesterday (Saturday), went back without checking their names, but we started seeing a huge turnout after mid-morning and by then we had the voters’ roll,” said another ZEC official from Harare High School inspection centre, who spoke on condition of anonymity, citing protocol reasons.

The Herald also witnessed inspection progressing smoothly at some centres in Glen View, Highfield and Southerton with those interviewed describing the process as quick and efficient.

“The process is very efficient. There are no queues and in less than five minutes, the process would be complete,” said Ms Mavis Mandaza of Glen View 7, who had just confirmed that all her details were correct.

Many have also received short messages on their mobile phones indicating registration details such as identity, polling station, and ward and informing them to visit their inspection centre if the details are not correct.

Inspection is running up to May 29 while registration for those who have not yet registered to vote will be running concurrently.

President Mnangagwa has since announced that election dates will be announced in the next two weeks.