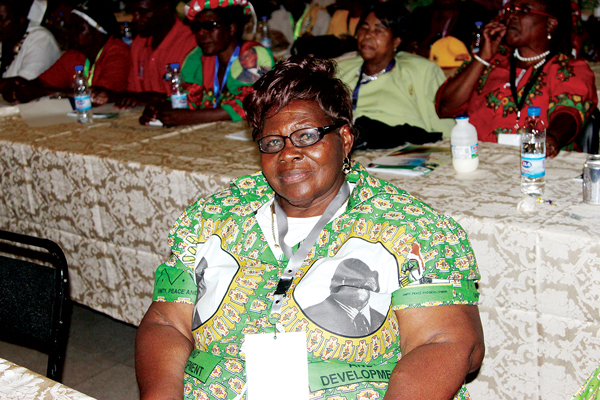 AS Vice-President Emmerson Mnangagwa battles for his life in a private South African hospital, one of his fiercest allies, Masvingo Provincial Affairs minister Shuvai Ben Mahofa, died early yesterday – two years after she reportedly consumed an unknown poison at a Zanu PF conference in Victoria Falls.

Mahofa (75), a strong ally of the embattled Mnangagwa, was pronounced dead on arrival at Mukurira Hospital, with Zanu PF chief whip, Lovemore Matuke, claiming that she had succumbed to the 2015 food poisoning incident.

“Since 2015, when she left the Victoria Falls conference because of ill-health due to reported poisoning, she had been battling with a lot of ailments,” Matuke said.

“She had never been well. We cannot rule out the fact that this (poisoning) could have killed her. She did not hide it. She always indicated that was the source of her health problems. As a province, it is a huge loss, she was a unifying force, a mobiliser and pillar of strength.”

Zanu PF Masvingo politburo member, Josaya Hungwe, who stood in for Mahofa at the provincial Heroes Day commemorations yesterday, described her death as a huge loss to the ruling party and province.

“It is true that minister Mahofa has passed on. I was informed early this morning. I am currently making arrangements to go and officiate at the (local) Heroes Day commemorations, where she was supposed to lead the proceedings. It is indeed a huge loss to the province and the nation at large,” he said.

President Robert Mugabe, in his main address at the National Heroes Acre confirmed both Mahofa’s death and Mnangagwa’s hospitalisation.

“He (Mnangagwa) is much better, he is well, much better and jovial. He had severe gastroenteritis, vomiting and diarrhoea and became dehydrated. We took him to various hospitals and did normal routine tests to ascertain what happened, that’s the situation we have now.”

Mahofa, who was considered as one of Mnangagwas’s key campaign leaders in the VP’s bid to succeed Mugabe, appeared to have angered the First Lady after she chanted a slogan that was seen as different from others.