The development of a smelter in Darwendale is expected to start this year, a move which is set to strengthen investment between Zimbabwe and Russia.

Great Dyke Investments, a joint mining venture between the two countries, expects to produce up to 10 million tonnes of platinum group metals (PGMs) and 27 tonnes of gold per year. 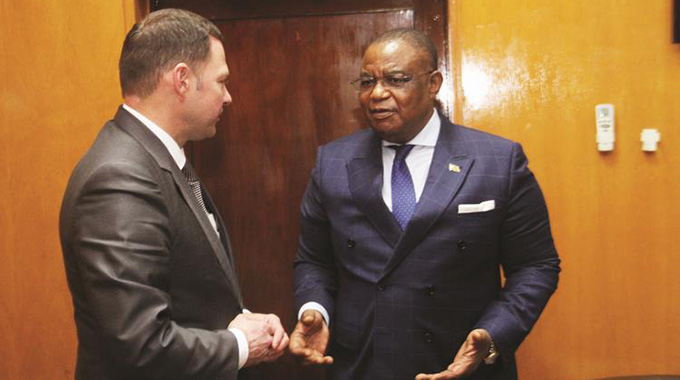 He called for the need to strengthen social and economic cooperation between the two countries.

“Great Dyke Investments will start constructing a smelting processing plant this year. It will be a joint venture between the Russian company and the Zimbabwean company.

“We are expecting a strong delegation from Russia to come to Zimbabwe to explore areas of possible investment.

“There are very good prospects in the field of energy and in the field of Information and Communication Technology. So I think we are well on track and together we will move forward for the benefit of our people.

“We are determined to make significant contribution to the social economic development of the two countries and promote investment and trade,” he said.

He said his country is committed to strengthening the relationship between the two countries which back dates during the liberation struggle.

“We discussed prospects of cooperation between Russia and Zimbabwe and I expressed the profound gratitude from the Russian side for the significant contribution and personal commitment of Honourable Vice President Chiwenga to promote further relations between our two countries in various fields and fulfil the agreements made by President Mnangagwa and President Putin last year when His Excellency President Mnangagwa visited Moscow,” he said.

He commended the support given by Zimbabwe in supporting Russia at international fora.

“In the international arena, our relations have been strengthened significantly. Russia is grateful to Zimbabwe for the strong support of Russia’s shared solutions to the United Nations.

“We shared (with VP Chiwenga) the great contribution of the Zimbabwe delegation to the success of the Russia-Africa Summit last year,” he said.