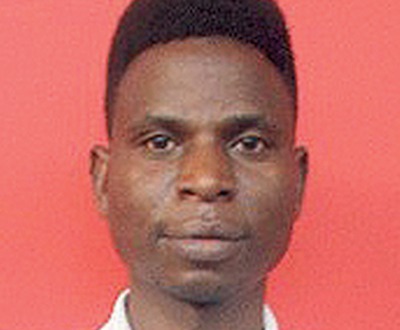 SINCE the disputed 2018 elections, Zimbabwe has been undergoing difficult circumstances characterised widespread poverty, unemployment, hyperinflation, fuel and drug shortages and the COVID-19 crisis has laid bare the government’s limitations. The euphoria that characterised President Emmerson Mnangagwa’s ascendancy to power has vanished. However, Alliance for People’s Agenda (APA) believes “the elected must govern and if they can’t, they must be voted out in the next election”. NewsDay (ND) reporter Cliff Chiduku sat down with APA secretary-general Albert Gumbo (AG) to discuss the state of affairs in Zimbabwe and many other issues. Below are excerpts:

ND: You have maintained a low profile since the 2018 harmonised elections?

AG: We allowed breathing space for Zimbabweans to reflect on their choices and also set about rebuilding our structures. Zimbabweans must get to a point where they understand we need a complete break from the past. APA’s view is we are in a marathon, not a sprint.

ND: At one time APA leader Nkosana Moyo was quoted urging Zimbabweans and the rest of the world to give Mnangagwa a chance, do you still hold that belief?
AG: No, he didn’t say that. He clearly said, President Mnangagwa would govern differently, nothing more, nothing less. It is quite fascinating how, even when corrected, people choose to believe the lie that most suits their narrative.

ND: Prior to the 2018 elections, Mnangagwa professed a zero tolerance to corruption and it seems he has not lived by his word, what should we do to root out corruption?
AG: Elect an administration that respects the Constitution and one which believes in sound economic management! Those two points are part of APA’s pillars. Nkosana Moyo demonstrated his ability to walk away from privilege and power by walking away from government on principle. He was not afraid to lose the creature comforts that come with government positions. You need to elect a people whose driving ambition is their sense of duty not those who believe that proximity to power gives them access to the country’s purse strings.

ND: Soon after his ascendancy, Mnangagwa had goodwill from the international community, but it seems this has all vanished, what went wrong?

AG: You cannot build a country on an unconstitutional act. We were the only party that warned about a slippery slope to anarchy after the coup and declined to attend his (Mnanagwa) inauguration. If you are willing to break the rules to ascend to power, it is pretty clear that you will break them again to retain power. So what went wrong is pretty much Zanu PF continued to show its true colours. The very public shooting of citizens, threats to lawyers and doctors who attended to them, the arrests of journalists and activists all point to a regime that remains true to its core values.

ND: Mnangagwa invited all presidential candidates who participated in the July 2018 elections to dialogue, which culminated in the formation of Political Actors Dialogue (Polad). At one time you were part of the process, but you decided to jump ship, what was the reason behind your decision?

AG: By the time we had a de facto government and so we decided we would try and help plot the way forward. But we also made it clear that for the dialogue to be truly national and broad based, it had to include the MDC Alliance, unions and churches. When we saw the half-hearted attempt for what it was, we discontinued our participation.
ND: What do you mean by a de facto government?

AG: It means the coup has been over taken by events and there has been an election in between, the disputed results notwithstanding. It is what it is and now we must focus on getting Zimbabweans to have a good and sober look around and re-examine their potential choices for 2023.

ND: Some sections of Zimbabwe, especially civic society organisations and churches are of the opinion that only a government of national unity (GNU) can rescue Zimbabwe. What’s your opinion? GNU or transitional authority?

AG: Why do we want to put a plaster on a gaping wound? We have a Constitution! If elections are held credibly, freely and fairly, we will have a government that the international community recognises and can work with! Shortcuts to power are expensive and dangerous and we can continue to advocate patchwork and limp along, when the clear solution is to fix the foundation! We want the quick and easy because doing the right thing seems to be a bridge too far. The elected must govern and if they can’t, they must be voted out at the next election!

ND: So you mean Zimbabwe should continue on this path up to 2023 when elections are due?

AG: As I said earlier, the government must govern. It is not there for prayer meetings and begging bowls. It should respect the science when experts say there is a cyclone on the way or that COVID-19 is not a plague from God. Instead, they should do what competent governments do and that is plan for the years of plenty and the years of famine. The capacity is there, it is the core values and political will that are lacking. Look at how Ethiopia is turning itself around. In 2000, it was the third poorest country in the world, but by 2018, the World Bank says it was the third fastest growing country of 10 million people or more, in the world. Zimbabwe’s problem is political.

ND: I see you have endorsed the #ZimbabweanLivesMatter movement, what outcomes do you expect?

AG: We are social democrats. Two of our core values are freedom and solidarity. This means we defend the right for Zimbabweans to have a voice and for that voice to be heard. We expect a culture in which every Zimbabwean can be heard without fear of retribution on any topic in the Zimbabwe we want to build.

AG: Yes, it does. You do not keep quiet when your neighbour’s house is on fire, especially if the fire is started by the neighbour’s intransigence. South Africa’s foreign policy is anchored on human rights. No country is an island and you cannot talk of a successful African Continental Free Trade Area when one of the members is weighing the region down through its rogue behaviour.

ND: The SA envoys left Harare after only meeting Mnangagwa, are the mediation efforts not suffering a still birth just like what happened to Thabo Mbeki’s efforts last December?
AG: Diplomacy is the art of the possible. We know that there is anger in our country and our supporters and enemies alike would like to see us shouting from the rooftops. Sometimes it is the still, small voice that gets things done. Even our independence war was settled by diplomacy. This is just the start and, of course, government’s reaction in barring envoys from speaking to other representatives of the people is telling.

They have something to hide, but the world has changed with social media. You can’t think that you are going to issue threats in Shona at some rally in a remote village and think the world won’t get to hear of it. The mind boggles at this audacity and yet at the same time, this reveals the world view of the ruling party.

ND: The opposition is currently in sixes and sevens and it seems Zimbabweans have given up on it, what is the future of opposition politics?

AG: There will always be opposition in Zimbabwe and one day Zanu PF will be an opposition party. We expect all opposition parties to play their role whether it is about setting the legislative agenda in Parliament or holding government to account in daily life.

ND: Rumours are doing rounds that there is a faction is Zanu PF that is courting you to be its presidential candidate?

ND: Zimbabwe is faced with a lot of challenges with regards to the economy – run-away inflation, price instability, fuel shortages and the local currency is losing value, should we join the Rand Monetary Union to stabilise of our currency?

AG: We should elect the right government and govern properly. Do not waste your time trying to find solutions to a thousand different symptoms when the sole source of the problem is a Zanu PF-led government! If we fix our choices, we will fix our country. Dr Nkosana Moyo has worked as African Development Bank vice-president, he knows what needs to be done to fix the country. Not only that, international finance institutions will immediately recognise a partner administration they can work with when they seem him at the helm. Our manifesto is widely accepted not only as the best, but also the most practical. It is really a simple choice for Zimbabweans. Do you go for the tried and tested or do you keep doing what you have always done?

ND: Our security forces have been accused of poking their noses in Zimbabwean politics, including human rights abuses. What do you think is their role in the body polity in the country?
AG: The military is custodian of the country’s borders. The police are there for internal law and order. We firmly believe, there are many officers, rank and file in all the armed forces from police, army to Air Force and Central Intelligence organisation, if you like, who only want to be professional, non-partisan and serve their country. We know that sanity will eventually prevail, but make no mistake, we are completely opposed to military involvement in politics.

ND: Your parting words …
AG: We encourage Zimbabweans to read through our manifesto and reflect on the problems facing our beloved country and then to, objectively, decide who best represents the most disciplined and effective way out of our self-inflicted crisis towards progress and a golden era of prosperity. We have faith in the Zimbabwean people. Thank you!