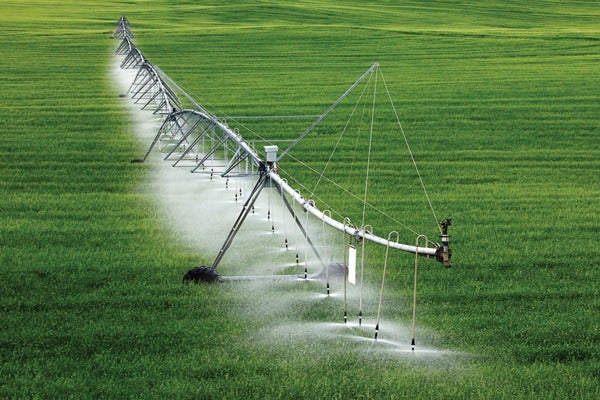 THE Zim-China Wanjin Agricultural Development Company (Wanjin) says its farming projects in the southern African nation are currently under threat due to electricity and water shortages, among other challenges.

Wanjin is a joint venture between Zimbabwe’s Defence ministry and the Anhui State Farms Group, whose aim is to improve food security in the country.

Zimbabwe is currently food insecure due to the El Nino-induced drought. The United Nations has estimated that 5,3 million Zimbabweans will need food aid until the next harvest.

“Currently, we are running three farms in that area (Zimbabwe). To be honest, we are facing some challenges as you are aware it’s winter now in your country and we are planting wheat. We rely on irrigation to irrigate our crops, but now it’s not easy to get electricity. That is a major challenge. Some crops are in very bad condition because of drought. So, that is the situation,” Zhimeng said.

Zhimeng, who is also Anhui State Farms Group deputy general manager in charge of agriculture investment, said in the past three years they have improved infrastructure at the farms.

“In the past three years, we have done well to improve our infrastructure at the farms. For example, we have bought almost 30 centre pivots for the three farms and we have also taken some big horsepower tractors and combine harvesters for our production. It’s getting better, but now we are facing other challenges,” he said.

“It’s also not easy to buy inputs. I remember clearly that we bought some fertilizer from China to sustain our production. So, this is a challenge. We hope the situation will get better so we can improve our production so that later, we expand our operations.”

He said the average yield for maize at their farms was about seven tonnes per hectare, but the highest yield could reach 11 tonnes if challenges they were facing are addressed.

For wheat, average production is about six tonnes per hectare, he said.

“To be honest, since we started in 2011, we are reducing the size of our operations. Previously, we took five farms in Zimbabwe, but now we have only three because in some farms, it’s a bit difficult to get water. There is no river, no dam,” Zhimeng said.

“You dig a borehole, but no water comes out. Even now, we are facing challenges. We bought 30 pivots for our farms, but we are struggling to use them because of the Zesa (electricity) issue. So, it’s very difficult to expand our operations at this stage,” he said.

It gives full play to the advantages of organisation, scale, mechanisation, science and technology. It also maintains the leading level of production of wheat, rice, soyabean, tea, fruit and other crops in the province, and leads the development of modern agriculture by demonstration.

The agriculture sector is the mainstay of Zimbabwe’s economy, contributing 15.5% of the country’s Gross Domestic Product.