BULAWAYO – A court in Bulawayo has issued a warrant for the arrest of Ntabazinduna chief Felix Nhlanhlayamangwe Ndiweni, just days after he stood outside 10 Downing Street in London to petition the British government to press President Emmerson Mnangagwa over extending voting rights to Zimbabweans in the diaspora. 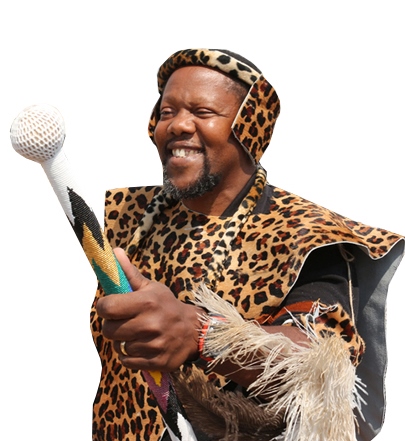 Bulawayo magistrate Maxwell Ncube signed the arrest warrant on Thursday at the request of Canisious Chesango, the officer in charge of Mbembesi Police Station who accused the 58-year-old of breaching his bail conditions.

The warrant empowers police to “immediately upon sight thereof apprehend and bring the said accused person… before the magistrate.”

Chesango said Chief Ndiweni, 58, was released on bail by the High Court in August pending appeal against a two-year prison sentence for malicious damage to property. As part of the bail conditions, Ndiweni was required to report once every week at Ntabazinduna Police Station and also to reside at his Ntabazinduna home.
“The accused defaulted,” Chesango said in his application for the warrant.

Ndiweni was jailed for allegedly destroying property worth US$30 when he led 23 villagers to destroy a kraal and hedge of a family banished by the chief from his area. His lawyer Professor Welshman Ncube secured his release on bail pending appeal against the sentence, which Justice Thompson Mabhikwa said had prospects of success.

Chief Ndiweni led a protest outside the British parliament in October, urging the government to rescind an invitation to President Mnangagwa to attend the Cop26 climate change conference held in Scotland.

Then, on December 5 this month, Ndiweni – son of the late Chief Khayisa Ndiweni – handed a petition at the office of Prime Minister Boris Johnson, urging the UK government to remain engaged with Zimbabweans’ quest for democratic governance. In particular, the traditional leader called on the UK to support calls for Zimbabweans based outside the country to be allowed to vote in 2023.

“We want the five million Zimbabwean diasporans scattered around the four winds of the earth to be able to vote,” Ndiweni told reporters outside 10 Downing Street.

President Mnangagwa, swept into power through a military coup in 2017, initially promised Zimbabweans living outside the country a vote, but later went back on his promise.