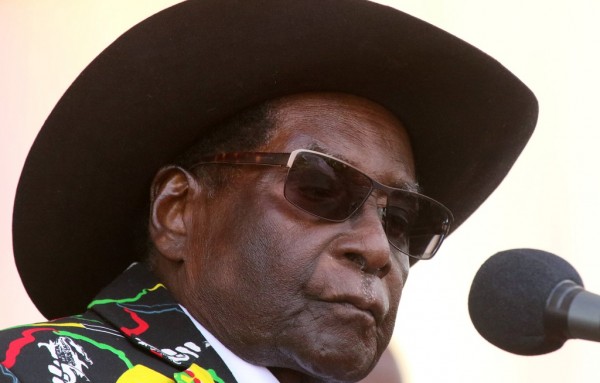 Zimbabwe President Robert Mugabe was only scheduled to arrive in South Africa later in the week for a SADC summit in Pretoria.

President Robert Mugabe addresses supporters of his ruling ZANU (PF) party gathered for a rally in Chinhoyi, Zimbabwe, July 29, 2017. Photo: Reuters/Philimon Bulawayo
PRETORIA – Zimbabwe President Robert Mugabe jetted into South Africa on Wednesday evening amid the drama surrounding his wife, Grace.Mugabe was only scheduled to arrive in South Africa later in the week for the 37th Southern African Development Community (SADC) summit in Pretoria.Speculation is rife that the 94-year-old decided to arrive earlier to deal with the furore surrounding his wife, Grace, who allegedly assaulted South African Gabriella Engels and her friends with an extension cord in a Sandton hotel at the weekend.

On Wednesday, the South African Police Service revealed that Grace Mugabe had not handed herself over to police as promised and that she invoked diplomatic immunity from prosecution.

The ageing president Mugabe landed at Waterkloof Airforce Base with his delegation, disembarking from an Air Zimbabwe plane.

He was received by a South African delegation including Minister of Telecommunications and Postal Services Siyabonga Cwele.